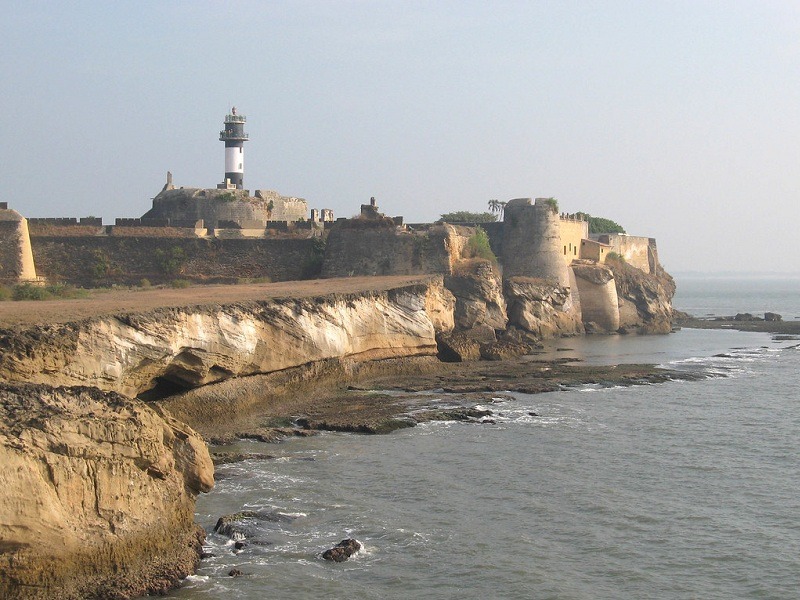 At a distance of 2 km from Diu Bus Station, Diu Fort is an ancient fort located in Diu. Situated near Diu Collectorate, it is one of the historical forts in India and among the prominent places to visit in Diu during your Diu Trip.

The Fort of Diu, formally Fortaleza de Săo Tomé, is an expansive and imposing structure situated in the extreme southeast point of the island. It was built by D. Nuno da Cunha in the year 1535 subsequent to a defense alliance forged by Bahadur Shah, the Sultan of Gujarat and the Portuguese when Humayun, the Mughal Emperor attempted to annex this territory. Later, the fort was rebuilt by D. Joao de Castro in 1546. The Portuguese ruled over this territory for 424 years from 1537 to 1961 even after India's independence from British and were ousted from Diu only when the government of India launched a military action called the 'Operation Vijay'.

Spread over an area of 5.6 hectares, the Diu Fort is protected by the sea on three sides. The outer wall of the fort was built along the coastline and the inner wall had bastions on which guns were mounted. All these bastions have been given the names of famous Christian Saints. The oldest of them all is believed to be of St. George. A double moat between the outer and inner walls provided security to the fort. The moat that separates the fortifications from the castle has been cut through sandstone rocks. A jetty built then on the northwestern side is still in use.

There are three gateways to enter into this historic citadel. In the main entry gate, there are five large windows with stone galleries on the main front wall. A permanent bridge leads to the main entryway that is engraved with inscriptions in Portuguese. The fort was highly guarded by cannons on all sides which are still placed inside the fort. Several cannonballs and iron shells used during the Portuguese period litter the parapet of the fort. This enormous monument had residences for the noble, a warehouse, and barracks for the soldiers, house of arms and ammunition, prison, church, and a chapel unfortunately in ruins. There are many underground escape channels inside the fort. A large lighthouse is also located at one end of the fortress.

The Fort commands a magnificent view of the sea and its surrounding areas. From the fortress, one can get a spectacular view of Panikota Fort located in the sea, off the coast opposite to Diu Fort, which was once used as a jail for the Diu Island.