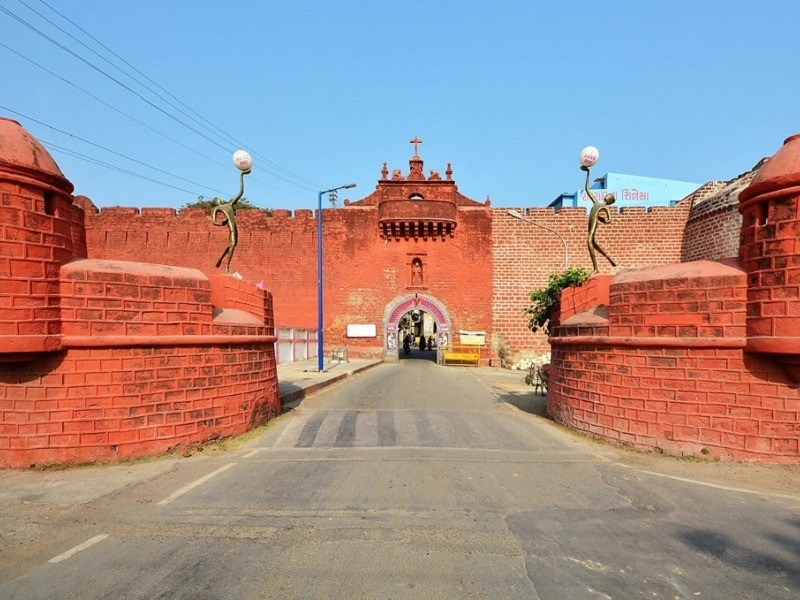 Place Location: On The Way To Naida Caves

At a distance of 1 km from Diu Bus Station, Zampa Gateway is a historical monument located in the northern part of the Diu city. Situated on the way to Naida Caves, it is one of the most prominent places of heritage in Diu and among the most visited places of sightseeing in Diu.

Zampa Gateway, a prominent landmark, was built during the medieval period. This is the gateway to the fortified township of Diu in the colonial days. Painted in bright red colour, this main town gateway in the huge city wall has carvings of lions, angels and a priest. Just Inside the gateway, there is a chapel with an image of the Virgin Mary and Child dating from 1702 CE. Also, there is an artificial waterfall at this place which would enthrall you for sure.