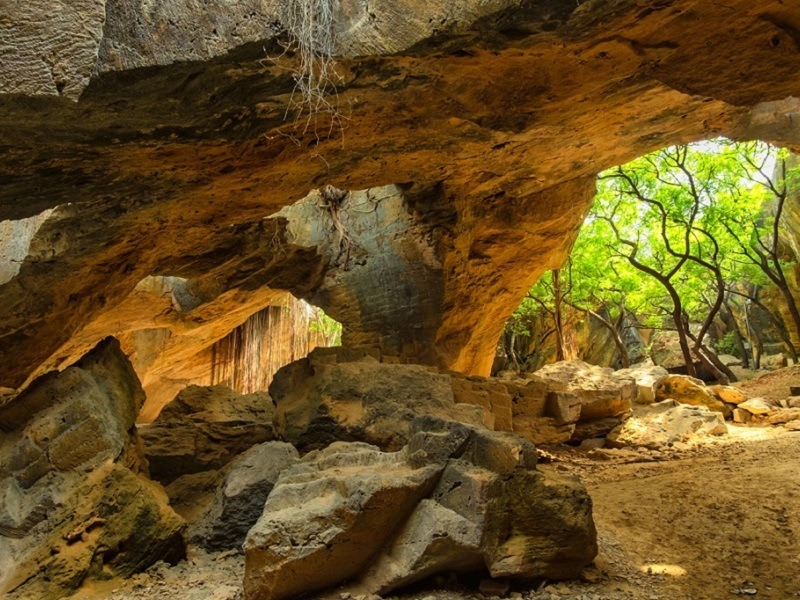 At a distance of 1 km from Diu Bus Station, Naida Caves are the beautiful rock formations situated outside Zampa Gate following Vijaypath Road in Diu. These caves are often used in promoting Diu Tourism.

The Naida Caves are a group of interlinked caves below the ground level which keeps a person in awe. It is believed that these caves got their shape when the Portuguese broke down sections of a huge rock formation for construction of the Diu Fort. This is how the caves got shape eventually. However, it is also studied that the caves were formed due to geological irregularities and processes over a significant amount of time. These caves acted as a shelter for the Indian Army during Operation Vijay which was launched against the Portuguese.

The caves feature a big network of tunnels with square hewn steps that remain completely unexplored. The caves also have a natural opening that lets in sunlight, making it photogenic. The orange-brown walls of the caves, maze kind cave tunnels, unique shapes formed inside the cave keep visitors engaged in Naida Caves. It will take nearly 30 minutes to 45 minutes to visit the caves. From the parking area, one needs to walk nearly 400 m to reach the entrance of the caves. Steps are available to enter inside the cave and one can comfortably walk inside the cave.