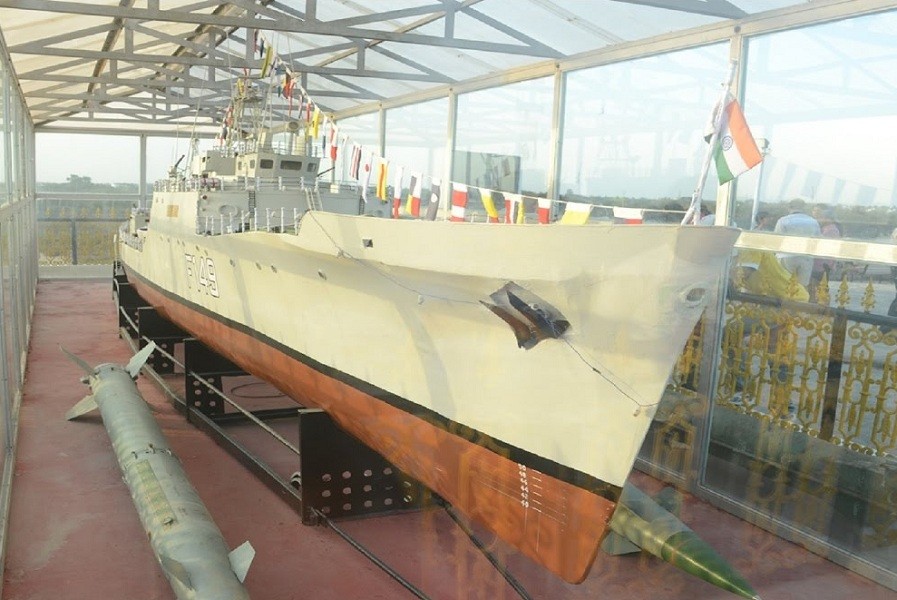 At a distance of 3 km from Diu Bus Station, INS Khukri Memorial is the memorial site of an Indian Naval Ship located on a hillock in Diu. Situated near Chakratirth Beach, it is one of the must-visit places while holidaying in Diu.

INS Khukri memorial was set up in 1999 to commemorate the brave martyrs of Indian Navy. INS Khukri, one of the historic Naval Ships of India, fell prey to three torpedoes fired by a Pakistan submarine on 9th December 1971 and sank 40 nautical miles off the coast of Diu. With the ship 18 officers and 176 sailors laid down their lives for the glory of the nation. Captain Mahendra Nath Mulla Mahavir Chakra was the captain of this warship.

The memorial comprises a scaled model of INS Khukri enclosed in a glass case. Names of all officers and sailors of the ship are displayed at the top. There is an open air theater towards the sea with seating arrangement for visitors. From the memorial, one can get a beautiful view of the setting sun over the Arabian Sea.