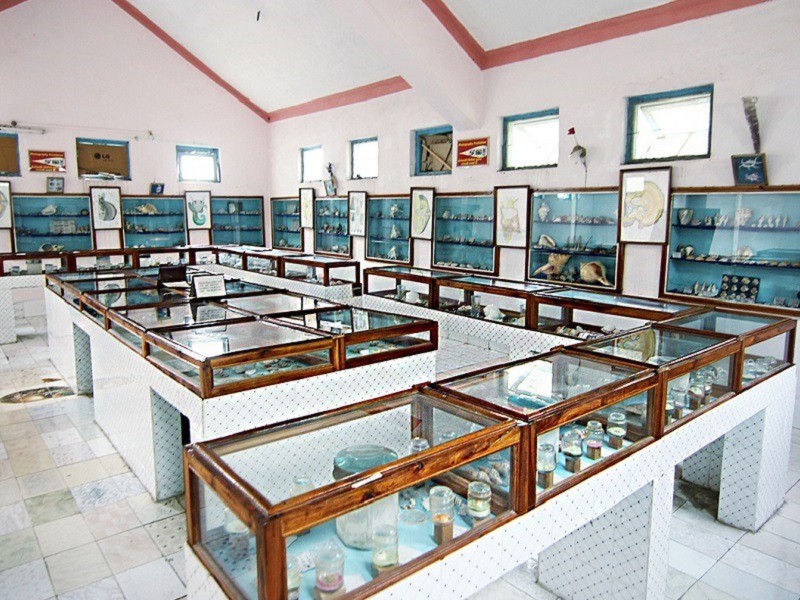 At a distance of 6 km from Diu Bus Station, Sea Shell Museum is a museum located near Diu Airport. Situated just opposite to Nagoa Beach, it is one of its kind in India and among the prime places to visit in Diu.

Sea Shell Museum is a private museum owned and managed by Captain Devjibhai Vira Fulbaria, a retired merchant navy captain who devoted most years of his life collecting various types of sea shells in the course of his voyages. The museum is considered to be the largest in Asia as it boasts of a huge repertoire of approximately 2500 to 3000 types of sea shells. Also, it is claimed to be the first museum in the world where visitors are provided magnifying glasses of varying powers to closely scan the minute features of the shells.

The museum houses a wide range of shells including a spider, scorpion, cockle, abalone, mollusks, and crustacean shells. Besides, the museum also holds an extensive stock of study material devoted to providing detailed information on the history of shells.