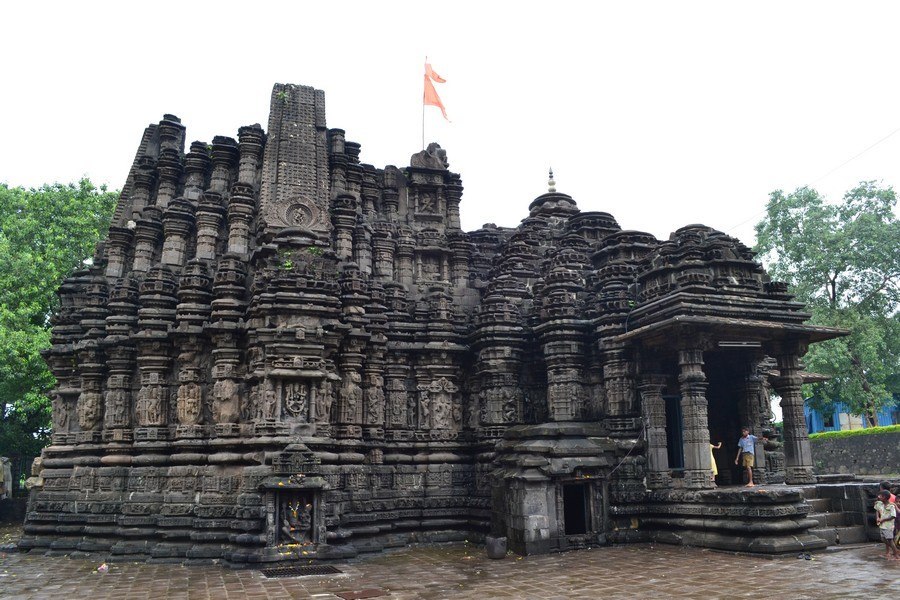 At a distance of 5 km from Ulhasnagar Railway Station, 37 km from Matheran, and 59 km from Mumbai Central, Ambarnath Shiv Temple is an ancient Hindu temple situated on the banks of Waldhuni River in Ambarnath. It is one of the popular places of heritage in Maharashtra, and among the most popular places of sightseeing in Matheran.

This ancient temple is dedicated to Lord Shiva and is a popular religious shrine of the region that can be visited during your Matheran Tour. The temple is believed to be constructed in 1060 AD by King Mahamandaleshwar as a tribute to his ancestors. The temple is carved out of stone in the Hemadpanthi architectural style of construction and is known for its resemblance with the famous Dilwara Temples of Mount Abu in Rajasthan.

The temple is built with black basalt stone. The main attraction of this shrine is the marvelous architectural designs carved on the walls and ceilings that grab the attention of the visitors. The beautiful images of Lord Shiva in different moods, including his renowned dancing pose, adorn the ceilings and pillars. To reach the Garbhagriha, one has to descend 20 steps. There is a Swayambhu (self-manifested) linga enshrined under the open sky in the inner sanctum. A statue of Nandi Bull is located at the center of the main porch of the temple.

There is a big fair celebrated in Ambarnath on the occasion of Mahashivaratri for 4 days. It starts two days before Mahashivaratri and continues for a day after Mahashivaratri. This temple is visited by pilgrims from across the state on this auspicious occasion.