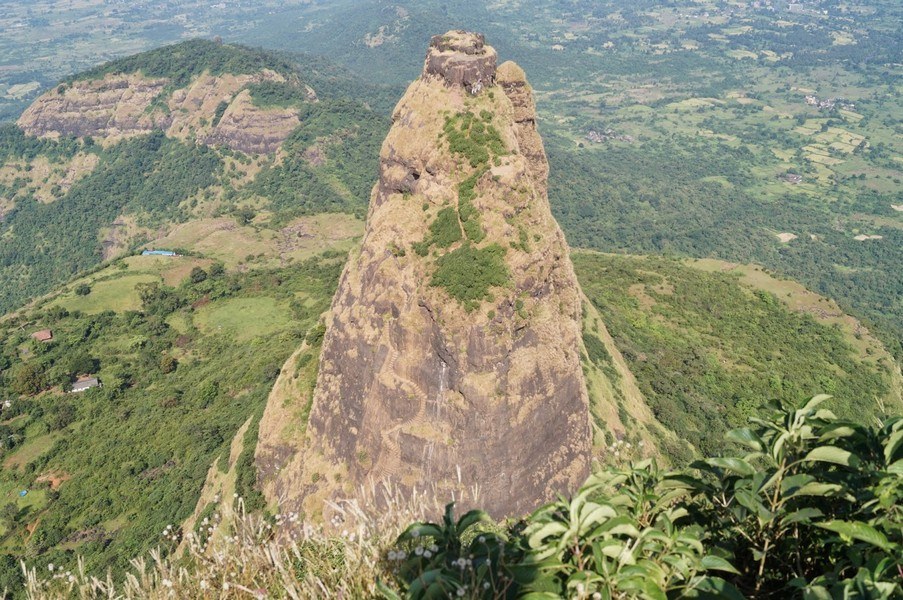 At a distance of 46 km from Matheran, 16 km from Panvel, 61 km from Mumbai and 117 km from Pune, Prabalgad Fort or Prabal Fort is located between Matheran and Panvel in Maharashtra. It lies at an altitude of 2300 feet in the Western Ghats. This is one of the most beautiful tiny forts in Maharashtra and a great place for trekking near Mumbai.

The fort was built on a plateau very close to Matheran. Prabalgad Fort was built during Bahmani Sultanate to keep an eye on Panvel Fort and Kalyan Fort in North Konkan. It was known as Muranjan until it was taken over and renamed by the Maratha forces under Shivaji's rule. This magnificent fort was captured by Chhatrapati Shivaji from the Mughals. Historians believe that there was a treasure hidden inside the fort at the time of its capture.

Prabal Fort presently in ruins is located at the flat summit of the Prabal hills in the western side of Matheran. The fort contains a temple to Ganesh and some stone ruins. The fort initially had two gateways and eleven towers. However in 1818 AD, these gateways were destroyed in uncongenial fights. At present, one can see only four towers in the fort and a pond on the top of Prabal hills.

Surrounded by breathtaking landscapes, this heritage site is a popular tourist attraction of the region. One can see this fort from various viewpoints of Matheran including Little Chowk Point and Louisa Point. Right next to Prabalgad, to its north, lies the steep Kalavanti (also known as Kalavantin) Fort

The Prabalgad Fort trek starts from the base of the hill, which is about 3 km from Vardoli village which has road access from Matheran. Both Kalavantin and Prabalgad are an extension on Prabalmachi. The time taken to reach Prabalmachi is about 1 hour from Vardoli and the trek is moderate. It is recommended to take a guide as the route is tricky and not well marked.

Prabalmachi is a flat plateau with some shacks selling water, snacks, etc. There is also a hotel which provides basic meals, snacks and water. After crossing the Prabalmachi, the track divides to go left for Kalavantin and right for Prabal. The trek from Prabalmachi to Prabal Fort takes about one hour.