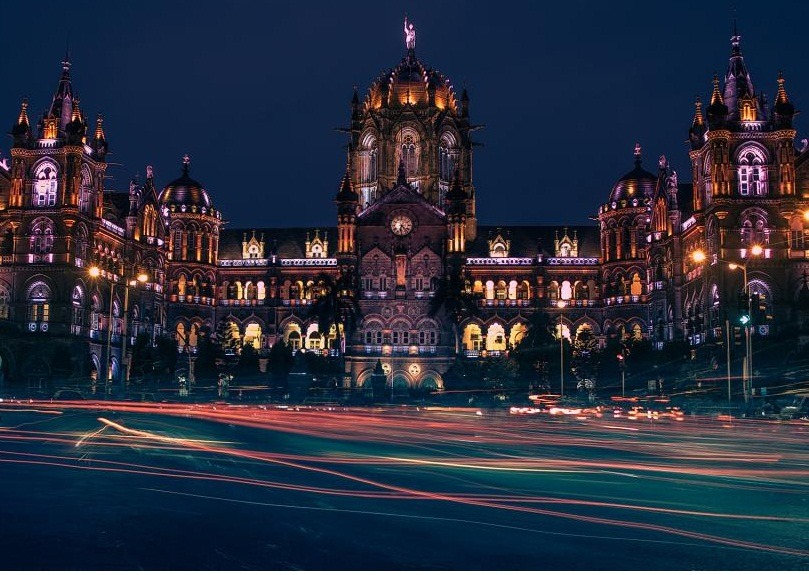 Chhatrapati Shivaji Terminus, formerly known as Victoria Terminus, is the most important train station & historical landmark situated in Dadabhai Naoroji Road in Mumbai. Declared as a World Heritage Site by UNESCO on 2nd July 2004, it is one of the famous places of heritage in Maharashtra, and also one of the top tourist places in Mumbai.

The Terminus is the 2nd World Heritage Site of the Indian Railways after the Mountain Railways (of Shimla, Darjeeling & Ooty) which was inscribed in 1988, and the first functional administrative building to be put on the World Heritage list. Headquarters of the Central Railways, this station links Mumbai to the rest of India. It is one of the must include places in Mumbai tour packages.

Designed by Frederick William Stevens, a British architect, Victoria Terminus is a wonderful example of the Indo-Victorian Gothic architectural style. The construction of this iconic landmark was commenced in 1787 CE to celebrate the Golden Jubilee of Queen Victoria and work went on till 1887 CE when it was finally opened for public use. The terminus was officially renamed Chhatrapati Shivaji Terminus in 1996.

Unlike traditional Indian architecture, this terminus has a stone dome, various turrets, pointed arches, and an unusual ground plan. The central dome bears a thirteen feet solid statue of a woman with a flaming torch in her right arm raised towards the sky and a spoked wheel low in her left hand, by Thomas Earp, an artist who also carved the Imperial lion and the Indian tiger on the gate piers in the front. Beneath this dome is the stairs to each floor. A life-size statue of Queen Victoria is placed in front of the central facade. The terminus interior is very impressive with vaulted roofs, arches, gothic spires, neoclassical sculptures, stone carvings, exquisite friezes, etc.

Being one of the most important monuments in Mumbai, the terminus is also extremely important for transportation within the city and beyond. Today, at least 1250 trains leave the station every day from its 14 platforms, carrying around 3.3 million passengers in and out of the city. It is the hub of the suburban (local) railways as well as some of the long-distance trains. A major part of the building houses the administrative section of the Central Railways.