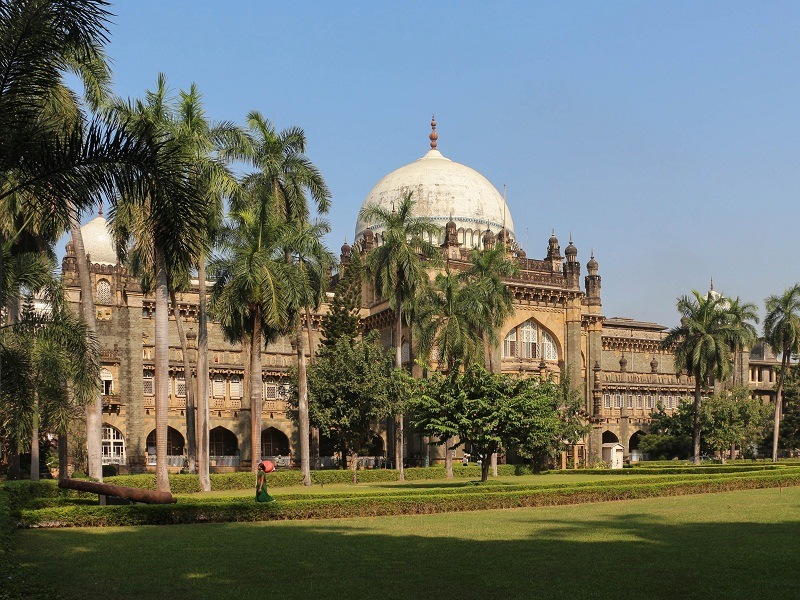 Visited From: Gateway of India (1 km)

Place Location: Near Gateway Of India

At a distance of 1.5 km from Mumbai Chhatrapati Shivaji Terminus and 1 km from Gateway of India, Chhatrapati Shivaji Maharaj Vastu Sangrahalaya, formerly known as the Prince of Wales Museum, is one of the premier art and history museum situated on the southern tip of Mumbai on the Crescent Site near Gateway of India. The Museum is one of the most significant museums in India and also one of the best Mumbai places to visit.

The Prince of Wales Museum was built in order to honor and commemorate the visit of King George V to India. Although the idea for a museum was initiated in 1904, the foundation stone was laid down by the Prince of Wales in 1905. The Museum was designed by a prominent architect, George Wittet and was erected on this site in 1915. Initially the museum was used as a military hospital and a 'Children's Welfare Center' during the First World War. In 1922, it was transformed into Prince of Wales Museum and was renamed after the founder of Maratha Empire, Shivaji in 1990s.

The Museum building is a fine example of Indo-Saracenic style of architecture. The structure is adorned with an impressive Mughal white dome and is surrounded by lavish green gardens. Today this building is listed as a Grade I Heritage Building and has been awarded the '2010 UNESCO Asia - Pacific Heritage Award' for Cultural Heritage Conservation. It has been awarded first place for Heritage Building Maintenance by the Indian Heritage Society.

The museum houses approximately 50,000 exhibits of ancient Indian history as well as objects from foreign lands, categorized primarily into three sections- Art, Archaeology and Natural History. The museum houses Indus Valley Civilization artifacts, and other relics from ancient India from the time of the Guptas, Mauryas, Chalukyas and Rashtrakutas. The museum also houses a collection of 2000 rare miniature paintings from several noteworthy art schools in India. One can also find decorative artworks made from wood, metal, jade and ivory among the museum collections. The Natural History section of the museum includes a collection of reptiles, mammals, amphibians, birds and fishes. There is another section that displays Indian arms and armor that displays an array of weapons, swords, shields in addition to other projectiles. The museum has a section comprised of European oil paintings.

As part of the renovation project initiated in October 2008, many new galleries were opened, which contained artworks of Hindu God Krishna, textiles and Indian traditional costumes. Regular exhibitions and seminars on several topics are also held inside the museum. Tourists from all over the world all over visit this magnificent heritage building and explore the various ancient artifacts preserved within this museum. Tourists can also visit the Jahangir Art Gallery situated beside this Museum.