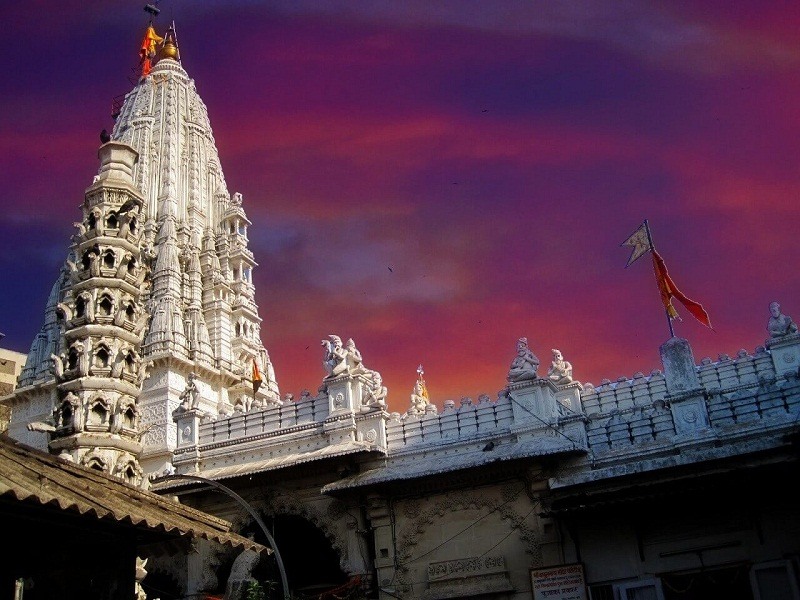 At a distance of 5 km from Mumbai Chhatrapati Shivaji Railway Station, Sri Babulnath Temple is an ancient temple situated on a small hillock at the end of the Marine Drive near Girgaum Chowpatty in Mumbai. It is one of oldest temples in Mumbai and also one of the popular pilgrimage places to visit in Mumbai.

Sri Babulnath Temple is dedicated to Lord Shiva. The main Shivlinga and idols in the temple were originally consecrated in the 12th century by the Hindu king Raja Bhimdev of the region. Over a period of time, the temple was buried and lost. The idols were discovered (unearthed) in 18th century. When rediscovered, 5 original idols were dug out, which were that of the main Shiva Linga, Ganesh, Hanuman, Parvati and one more. Out of this, the first four are in the temple. The fifth one was immersed in the sea because it was broken when it was dug out in the 18th century.

The temple was patronised by Hindu merchants and Gujarati community in 1780 CE. A bigger temple was built in 1890 CE by contributions from the Gujarati merchants. In the year 1900, a tall spire was added to this auspicious temple of Lord Shiva but a lightning strike damaged the spire in the 1960s.

The temple is considered very unique and fascinating. It is nearly 1,000 feet above the sea level, overlooking the Arabian Sea. Devotees here enjoy the lovely surroundings and the beautiful view of the city. The temple is visited by large number of devotees on Monday and on the occasion of Mahashivratri festival.