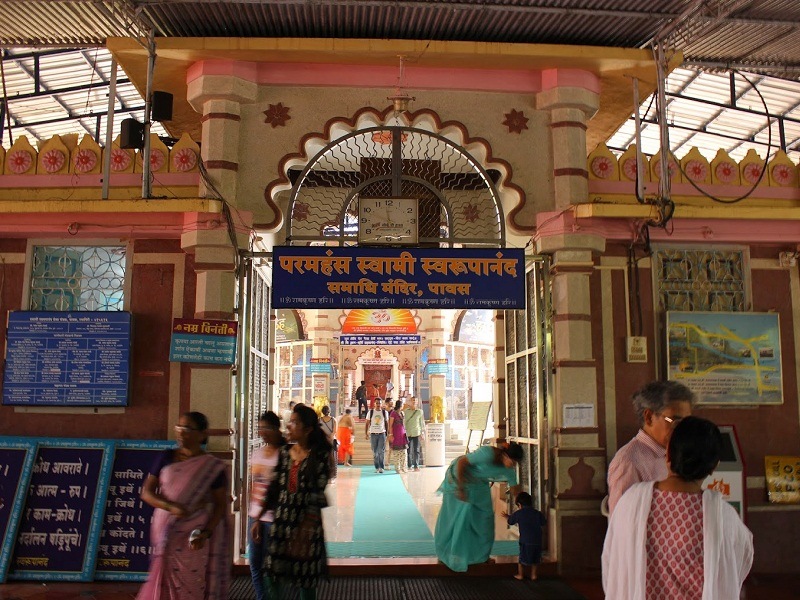 #9 of 20 Places to Visit in Ratnagiri

At a distance of 6 km from Ganeshgule and 17 km from Ratnagiri, Pawas is a quaint village situated in Ratnagiri district of Maharashtra. Pawas is an important pilgrim center owing to Sri Swami Swarupanand Samadhi Mandir which is visited by thousands of devotees every year.

Pawas is a serene place known for its natural beauty. Pawas came into the limelight after it was chosen by Swami Swaroopanad for his ashram. The Samadhi Mandir was constructed in the memory of Sri Swami Swarupanand who took Samadhi here on 15th August 1974. Swami was born on December 15, 1903 at Pawas to the couple Vishnupant and Rakhmabai Godbole. His original name was Ramchandra, but he came to be affectionately addressed as Bhau or Appa. At the age of 20, Swami took initiation from Sadguru Babamaharaj Vaidya of Pune and from that onwards he had begun his spiritual journey. Returning to Pawas, he undertook religious austerity and focused his mind on a deep study of Dnyaneshwari, Bhagvad Geeta and Dasbodh. Swami delivered the guru mantra of 'Ram Krishna Hari' to his followers, which is chanted till today.

The Temple is very beautiful and one can get a feeling of intense satisfaction and peace in the temple premises. The Swami memorial and Swami's original residence, Anant Niwas, are very neatly maintained. In the premises of Swami's temple, there is a meditation room and a Lord Ganesh's idol carved onto an Emlica tree. The place is famous for its natural beauty and tranquility. There are temples dedicated to Ganesha, Vishveshwar and Someshwar Shiv on either side of the river in this village. Guru Purnima and Swami's Samadhi are the two important festival days that are observed on a large scale at Pawas.