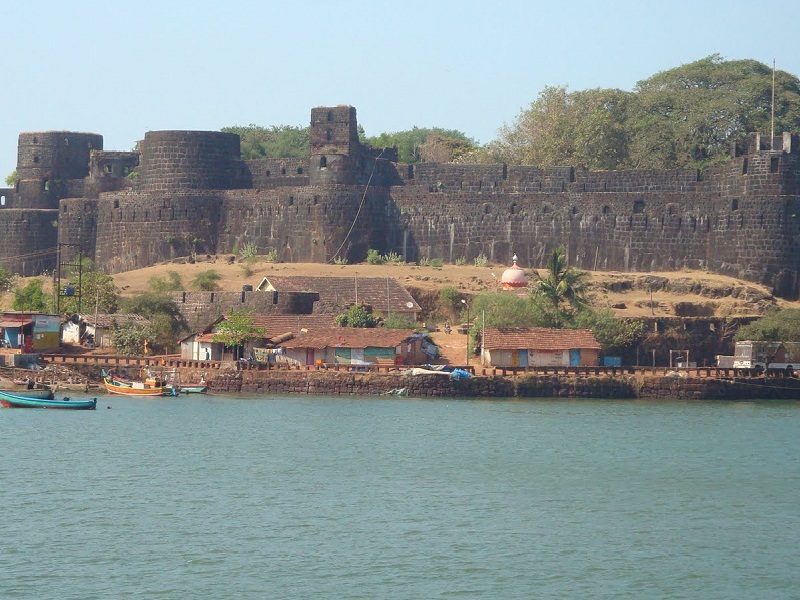 At a distance of 29 km from Devgad, 73 km from Malvan and 100 km from Ratnagiri, Vijaydurg Fort is an ancient fort situated on a hill near the mouth of the Vaghotan River in Sindhudurg district of Maharashtra. It is one of the largest forts on the Konkan coast of Maharashtra and also one of the top places to visit in Ratnagiri. It is a protected monument under ASI.

Vijaydurg Fort is located at the tip of the peninsular region of Vijaydurg in Devgad Taluka. It was earlier known as Gheria because of its proximity to the village Girye and functioned as a strong military base for Admiral Kanhoji Angre. The fort is also known as the 'Gibraltar of the East' since it was so impregnable, surrounded by the Arabian Sea from three sides.

The original fort was built by Bhojraja Shilahar between 1196 and 1206 AD. The Maratha king Shivaji took control of this fort from Adil Shahi dynasty in 1656 AD and renamed it as Vijay Durg. Thereafter the fort was the main Maratha naval base under Kanoji Angre. The fort was attacked in 1717, 1720 and 1724 AD by the British, Portuguese and Dutch - but could not be conquered. The fort was under the control of British and Peshwas in 1756 AD and remained with the Peshwas till 1818 AD. In 1818 Vijaydurg was totally fell into the hands of the British Empire.

The earlier fort encompassed an area of 5 acres and was surrounded by sea on all the 4 sides. Presently the area of fort is about 17 acres and is surrounded by Arabian Sea on three sides. Chhatrapati Shivaji extended the fort by constructing three fort walls on eastern side. According to the legend, this is one of the two forts of the Maratha kingdom, where Chhatrapati Shivaji Maharaj personally hoisted the saffron flag, the other fort is Torana. This impregnable fort has advantage due to its location. One such advantage is 40 km long Vaghotan/kharepatan Creek. Large size ships cannot enter the shallow water of this creek and hence Maratha warships were anchored in this creek. These ships were invisible from deep sea.

The fort is constructed using laterite stones. The fort consists of 27 bastions out of which three are three-storied. The main entrance of the fort faces the north. Out of the original imposing structure, some of the structures still remain including the storage area for food grains, prison, a huge water tank, and cannon. A 10 m high compound wall, about 300 feet away from the fort deep in the sea, has been discovered recently. It was served as a defense against attacking ships. The fort also has a 200 m long tunnel for emergency evacuation. It is believed that the region around the banks of the Vaghotan River was a dock, used by the Marathas for building and repairing their ships.