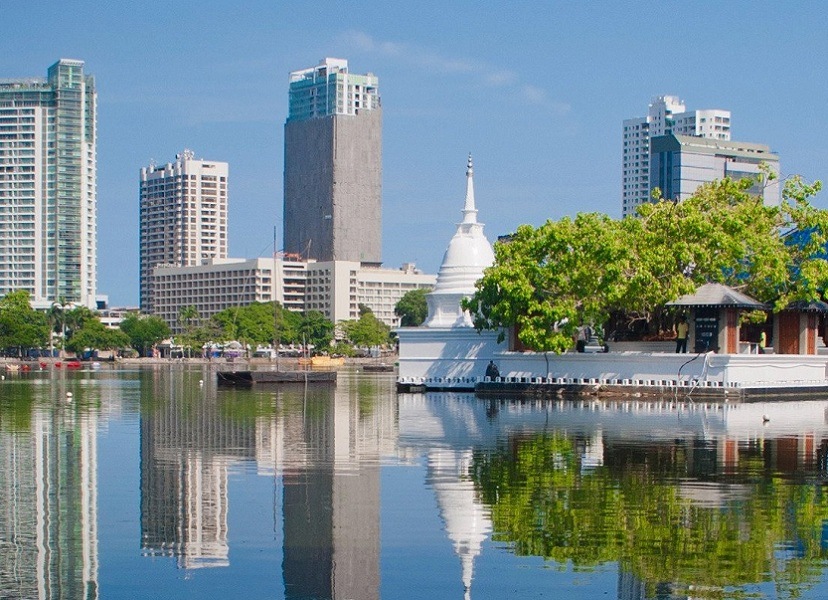 Place Location: In The Center Of Colombo City

At a distance of 4 km from Colombo Fort Railway Station, Beira Lake is a serene lake in the center of the port city of Colombo in Sri Lanka. It is one of the most famous landmarks in Colombo and among the top Colombo Tourist Places.

As per the history, the Beira Lake was created by the Portuguese in the 1500s, in order to serve as a moat to protect their base in Colombo from the aggressive inhabitants. There were added other dangers to the lake, such as large crocodiles to strengthen the security. Beira later turned out to be a massive barrier to the Mayadunne of Sitawaka in their effort to free the country from the foreigners. It was Mayadunne's son, Rajasinghe I, who got successful in debilitating the lake during the year 1587 from the Portuguese. After the Dutch laid siege and captured the lake, it was expanded and also constructed several artificial islands on the same. Later, the British took over, removed the crocodiles and developed the area surrounding the Beira Lake. This area was famous for hosting parties and grand balls to celebrate the victories of the British.

Beira Lake started out as a much bigger lake of occupying an area of 410 acres over a century ago. But with the rapid commercialization of the area, it has since been reduced to approximately 160 acres. It is a quiet escape into the serene slumber of the splendid city, which makes it a great place to relax, and it is recommended for couples. One can enjoy yourself by taking a stroll by the lake or even try out the famous boat ride. There are also many different places to explore in and around Beira Lake like Lovers' Island, Seema Malaka Temple, etc.