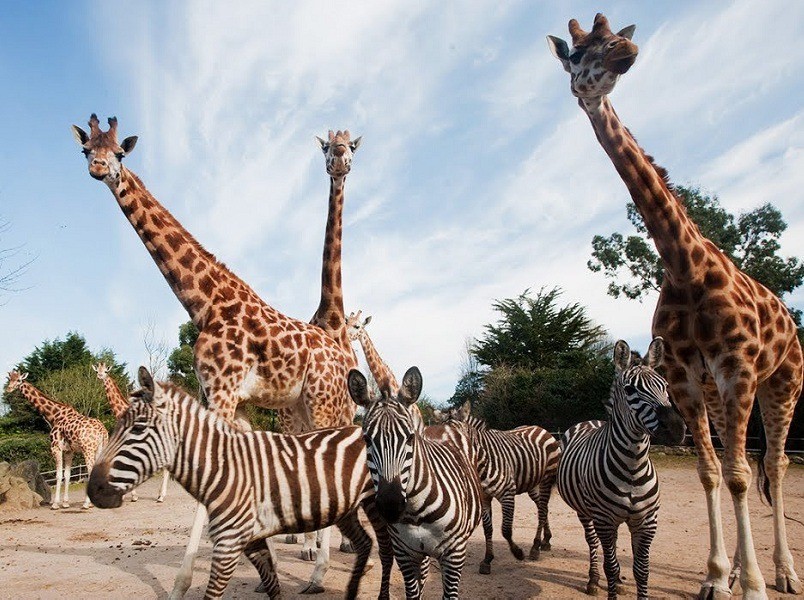 At a distance of 13 km from Colombo Fort Railway Station, National Zoological Gardens of Sri Lanka is a zoo park situated in Dehiwala, a suburb of Colombo. It is one of the oldest zoological gardens in Asia and among the must-visit Colombo Tourist Places.

Also called Colombo Zoo or Dehiwala Zoo, the National Zoological Gardens of Sri Lanka was initially started by Mr. John Hagenbeck in the late 1920s as a private collection in 11 acres. The zoo was closed at the beginning of World War II. Later, the park was officially taken over by the Government of Sri Lanka on 1st July 1936 and was established as an independent public department in 1946.

Stretches over an area of almost 30 acres, the park is home to over 2,500 to 3,000 animals including 79 species of mammals, 31 species of reptiles and 89 species of birds. One can see lions, tigers, panthers, chimpanzees, horses, zebras, crocodiles, and many other animals. The aquarium in the zoo is the only one of its kind in Asia and displays over 500 varieties of aquatic life. Visitors will witness rare and fascinating species such as Arapaima - the largest freshwater fish in the world, Lung Fish- a fish that has real 'lungs' as of human beings, Polypterus - a living fossil, large catfishes, performing sea lions and penguins from the different parts of the world. The zoo also has a Walkthrough Aviary, Reptilian, and Butterfly Park. Along with the amazing variety of flora, it is also popular for its lush green landscaped gardens and dense tree cover.

One of the main highlights of the National Zoological Garden is the elephant show, which usually takes place by 5:15 PM. In which, the elephants are seen performing many tricks and antics like standing up on their hind legs or hopping on their foot. Recently, the zoo also opens up at night on weekends to allow visitors to observe nocturnal activities of the various animals. This thrilling and unique experience makes for a great family visit and is quite popular amongst locals also. During the night safari, one can also see the Sea Lion Performance which takes place by the sea lion pool around 7:45 PM.