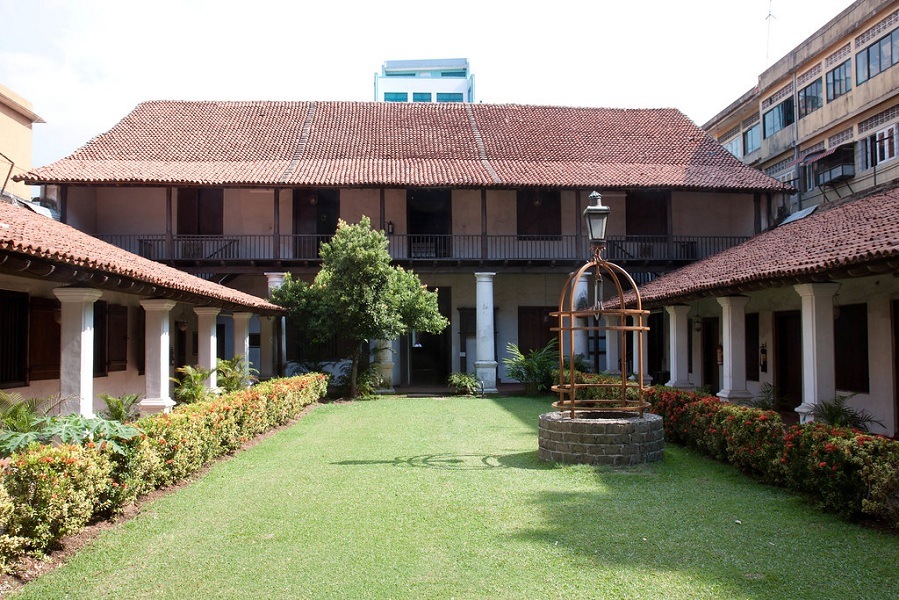 Travel Tips: Currently the museum is closed for renovation.

At a distance of 1 km from Colombo Fort Railway Station, the Colombo Dutch Museum is a museum located in the bustling hub of Pettah, Colombo. It is one of the renowned museums in Colombo and among the must include places in every Sri Lanka Packages.

The Colombo Dutch Museum is a beautiful two-story building which is a storehouse of some fantastic architecture and history of Dutch colonial rule of Sri Lanka. The Colombo Dutch museum was initially the residence of Thomas Van Rhee, the Dutch Governor of Sri Lanka from 1692- 1697. The building of the Colombo Dutch Museum has been used for many purposes so far, such as a college, military hospital, police station, seminary and even a post office during the British period. Later, it was restored by a special preservation committee with the assistance of the Netherlands government in 1977 and opened for the public as Dutch Museum in 1982 by the Department of National Museums.

The museum is a storehouse of over 3000 Dutch artifacts like coins, glassware, ceramics, weapons, gunpowder horns, tall twisted sandalwood candle holders, a child's cot, bells, alloyed candelabras, and furniture. Many of the items are decorated with tortoise shells. There are many historical documents and portraits from the Dutch Colonial period. One can also see tombstones from burial sites belonging to dutch period officers and families here. These were excavated from the Dutch cemetery in Pettah.

Timings: 9 AM - 5 PM, Closed on Mondays, Sundays & on Public Holidays