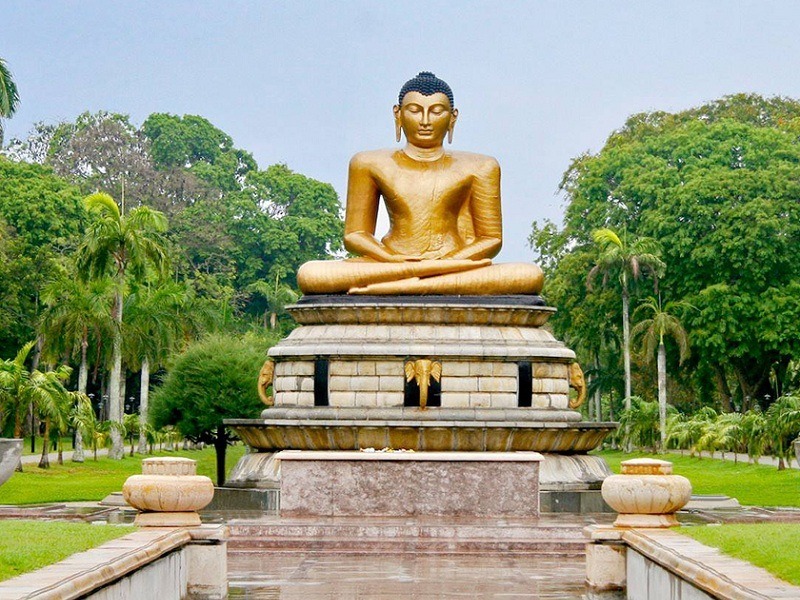 Place Location: Near The National Museum

At a distance of 4 km from Colombo Fort Railway Station, Viharamahadevi Park is a public park located near the National Museum in the port city of Colombo, Sri Lanka. Situated in front of the colonial-era Town Hall building, it is the oldest and the biggest park in Colombo and among the must include places in Sri Lanka Tour Packages.

Formerly called Victoria Park, the park was built on land donated to the Colombo city by Charles Henry de Soysa during the British rule of Sri Lanka. The park has a long history of being used for different purposes like during World War II it hosted the British Army and the 17th Brigade of the Australian Army. It was also used as a cricket ground by the first-class teams from 1927 to 1995 and even hosted a match between the touring English team in the 1930s. After Sri Lanka's Independence, the park was given its current name, Viharamahadevi Park after the mother of King Dutugemunu.

Maintained by the Colombo Municipal Council, this public park has many different varieties of trees which look extremely beautiful when they bloom during the spring season. There are lots of places to visit here like the aquarium, mini zoo, children's play zone, war memorial, and many more. It also has an open-air stadium that holds many concerts and public events. The beauty of the park is highlighted with a huge Buddha statue, which is accompanied by many water fountains.