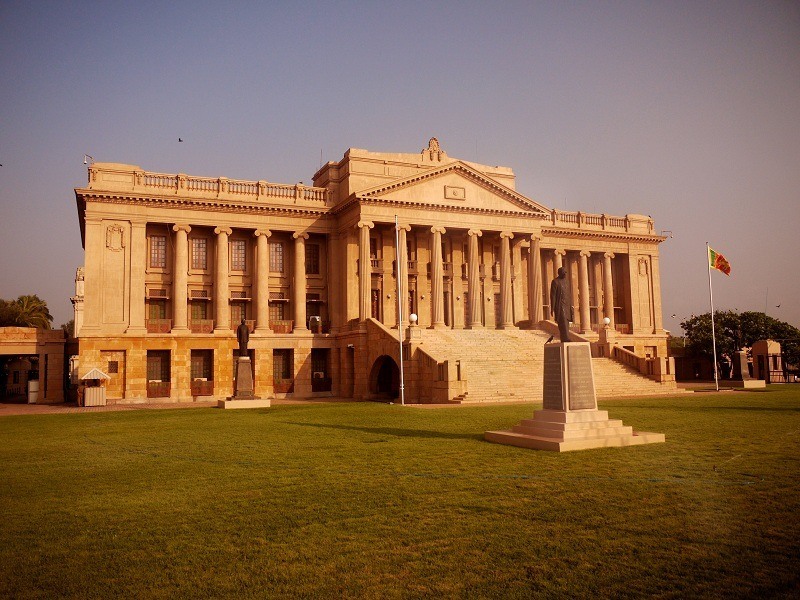 At a distance of 3 km from Colombo Fort Railway Station, the Old Parliament Building is a heritage building that houses the Presidential Secretariat of Sri Lanka during the British era. Situated in the Colombo Fort area facing the sea, it is one of the most visited tourist attractions in the city, and among the must-visit places in Colombo as part of Sri Lanka Tour.

Built-in the Neo-Baroque style of architecture, the Old Parliament Building is a complete reminder of the Colonial past of Sri Lanka. It was built on an idea of Sir Henry McCallum, which led to a proposal made by a committee to construct the new building for the Secretariat, Council Chamber and Government offices on reclaimed land at the northern end of Galle Face' were accepted by the Government in 1920. Designed by A. Woodson, the building was declared open as the Legislative Council on 29th January 1930 by Governor Sir Herbert Stanley.

The architecture of the Old Parliament Building in Sri Lanka is stunning. The facade of this magnificent building has an entrance reached by ascending many flights of steps. At the top are six columns supporting a traditional triangular pediment, and on either side are four more columns. Along the length of the structure is a series of colonnades, a pair with eleven columns each. The British Coat of Arms adorned the top of the building face till 1948 when it was replaced by the arms of the Dominion of Ceylon and was once again replaced in 1972 with the arms of the Democratic Socialist Republic of Sri Lanka. The front garden of the Old Parliament building has hosted several bronze statues of eminent statesmen including Rt Hon D.S. Senanayake, the first prime minister of Ceylon, Honorable Dudley Senanayake and General Sir John Kotalawela- Prime minister of Ceylon.

It is not open to the public. But considering that people are well satisfied with simply taking photographs of its great architecture, it is not so surprising. One can get a clear view from the Galle Face Beach front.