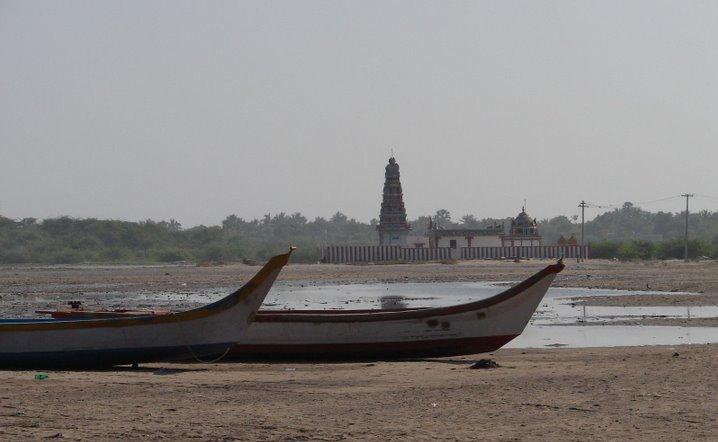 #7 of 12 Places to Visit in Chidambaram

Travel Tips: Sillappathikara Art Gallery (1 Km) can be visited along with this place

At a distance of 40 km from Chidambaram, 40 km from Karaikal, 90 km from Thanjavur & 257 km from Chennai, Poompugar is a coastal town in the Mayiladuthurai district of Tamil Nadu. It is one of the major places to visit as part of Chidambaram trip.

Poompuhar was once a flourishing ancient port city known as Kaveri Poompattinam and was at its peak of glory under the earlier Chola kings. The River Kaveri is merging with the sea here. It was known as Puhar due to the exquisite beauty of the port town, and it later came to be called Poompuhar. Silappathikaram and Manimekalai, the Tamil epics, bring out the greatness of the city in some of the poems in Sangam literature.

It has now been established by marine archaeological research (conducted by the National Institute of Marine Archaeology, Goa) that much of the town was washed away by progressive erosion and floods. As per archaeological evidence found during excavation, this age-old city is said to have been established thousands of years ago. It has been destroyed several times by huge Tsunami waves in the past. Ancient Pottery dating back to the 4th century BCE have been discovered offshore by marine archaeologists east of this town.

Famous for its estuary of the Kaveri River, Poompuhar is one of the popular weekend getaways from Chennai for those who always look forward to witnessing and exploring new places. One of the main tourist attractions at Poompuhar happens to be the Poompuhar beach. Located along the Bay of Bengal, the beach starts from the Kaveri River and extends three kilometers to Neithavasal. Apart from its beautiful coastal region, Poompuhar Museum, Pallavanam Shiva Temple and Poompuhar Lighthouse are the other places to visit here.