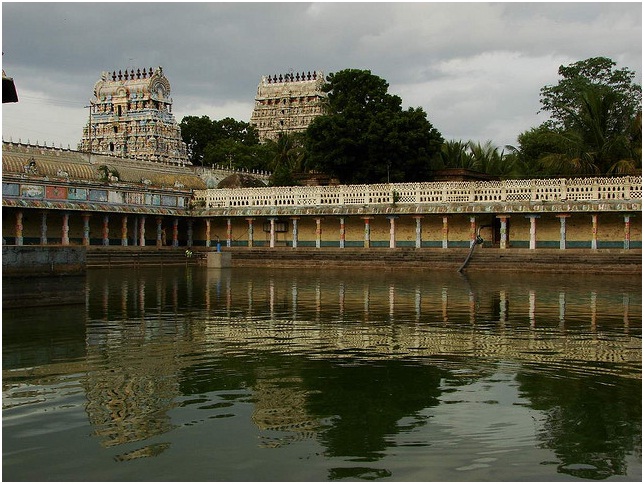 #6 of 12 Places to Visit in Chidambaram

At a distance of 17 km from Mayiladuthurai, 27 km from Chidambaram, 45 kms from Karaikal, 54 km from Kumbakonam and 94 km from Thanjavur, Vaitheeswaran Koil is town in Nagapattinam district which is famous for the Vaidyanatha Swamy Temple. The temple is also known as Pullirukkuvelur.

Vaidyanatha Swamy and Thaiyalnayaki are the presiding deities of this temple. The Selva Muthukumara Swamy shrine here is also considered to be of important. There are Shiva lingas said to have been worshipped by Rama, Jatayu, Skanda, Surya and Angaraka. It is believed that Rama and his brother Lakshmana cremated the vulture king Jatayu who was killed by Ravana when he tried to prevent the abduction of Sita at this place. There is a pond at this temple called Jatayu kundam.

It is one of the Navagraha temples associated with the planet Mars (Angaraka). According to legend, Planet Mars was once afflicted with leprosy and was cured by Vaidyanatha Swamy and from then on it is treated as Angaraka sthalam.

The temple has a five-tiered gopura and large enclosures. Lord Vaitheeswaran is worshipped as Shiva linga in the inner sanctum. The first enclosure around the sanctum has the image of Subramanya, worshipped here as Muthukumara Swamy. The other metal images in the sanctum are of Nataraja, Somaskanda, Angaraka and stone sculptures of Durga, Dakshinamoorthy, Surya and Jatayu. The shrine of Thaiyalnayaki who stands with the medicinal oil to cure the diseases of the devotees is present in the second enclosure facing south. It also has a small shrine to Dhanvantari and Angaraka. The southern gateway from this precinct leads to the temple tank and directly faces the Thaiyalnayaki shrine.

Significant feature in the temple construction is that the western tower allows the rays of the Sun to fall on the Shiva lingam for a few days every year. There is tank known as Siddhamirtham within the temple complex and a holy dip in this tank is believed to cure all diseases. The temple has inscriptions from the period of Vikrama Chola (12th century CE), the Nayaks (16th century CE) and the Marathas (18th century).

People pray here for remedy from various ailments, boils, pimples and scars. They get the special oil from the temple and apply on the body. This is the place where Danvantri Siddha attained Samadhi. The village is also known for palm leaf astrology called Naadi Astrology in Tamil.

The 10 day Thai festival in January-February, 28 day Panguni Brahmmotsavam, 6 day Aipasi Skanda Sashti in October-November, Vaikasi Mannabishek and monthly Kruthikas are grandly celebrated in the temple. Puja for Angaraka is conducted on Tuesdays and he is taken in procession.