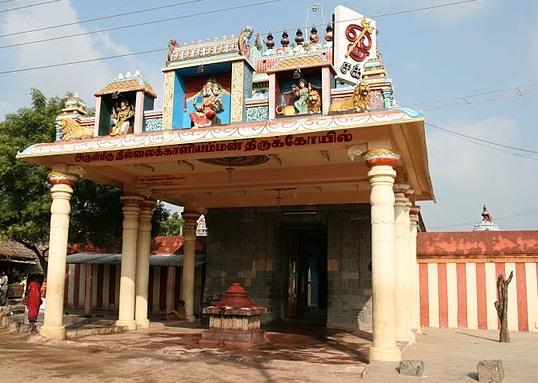 #9 of 12 Places to Visit in Chidambaram

Once when Shiva and Shakti competed with each other in dancing, Shiva struck a fabulous pose, lifting his leg high. Shakti could not match that pose because of modesty, and so lost the contest. By the rules of the contest, the loser had to leave Thillai and reside outside. So Shakti moved to a location at the edge of the kshetra and a Kali Temple came up there. Thillai Kali is credited with curative powers and showers health and prosperity on those who worship her. The black Goddess Kali has a diamond on her forehead.