Houses Of Abul Fazal And Faizi 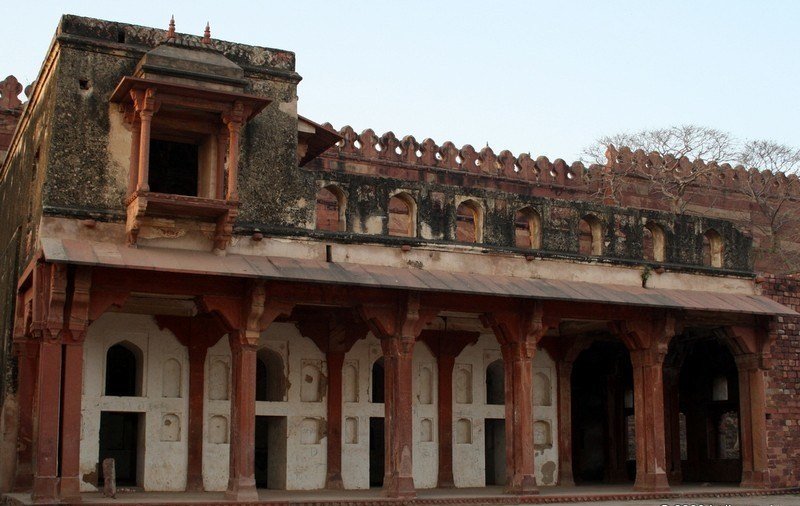 At a distance of 1 km from Fatehpur Sikri Railway Station, The Houses of Abul Fazal and his elder brother Faizi are situated behind Jami Masjid in Fatehpur Sikri Fort.

Abul Fazal is a historian during the reign of Akbar. He was one of the Navratnas in Akbar's court. The houses of Abul Fazal and Faizi are made of red sandstone and are very similar in design and layout. The building which lies to the south west is said to be the residence of Abul Fazal. This is a rectangular single-storied building. It has a verandah with three openings in front and two pairs of carved columns. The beautiful brackets supporting the lintels of roof are pretty attractive. The two small chambers on either side of verandah direct to the terrace of the building.

In the houses of Abul Fazal and Faizi, the central room is the largest one with three doors which have flat tops. The central arch is broader which have been ornamented with beautiful rosettes. Originally, the ceiling of the main room and verandah were painted with bright colors but they have now faded away. One can reach the rooms on the upper storey by a flight of steps. There are two suites of rooms connected by a narrow gallery. A stairway from the upper storey leads to the baths on the south western side.