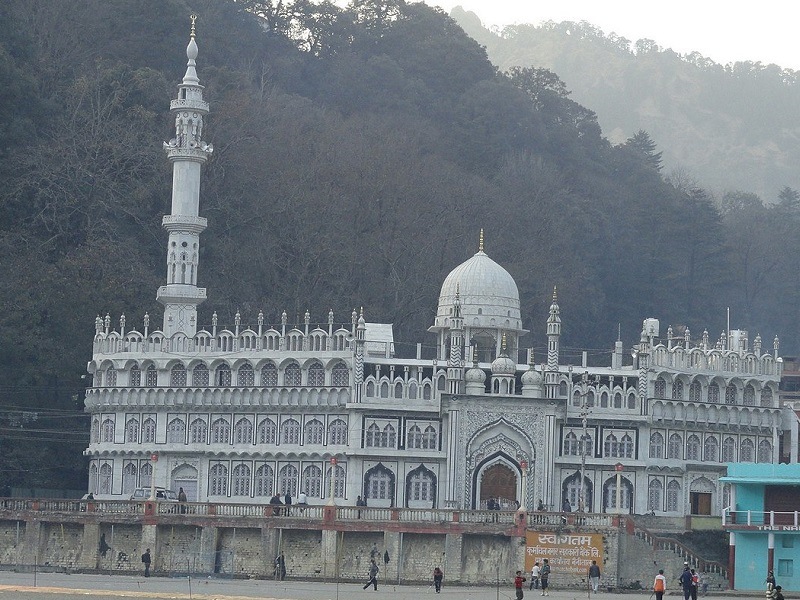 Place Location: At The Mall Road

At a distance of 3 km from Nainital Bus Station, Jama Masjid is a wonderful mosque located in the Mall Road, Nainital, Uttarakhand. Situated near the Nainital Cricket Stadium, it is one of the best places to visit in Nainital.

Jama Masjid was built in 1882 during British Era for their Muslim soldiers, serving in the military camps around Nainital. The stately building of Jama Masjid elucidating its beauty is a remarkable piece of architecture. This quintessential Islamic building is wearing a pristine white color with a tinge of black.

Known for its Islamic style of architecture, the mosque has dome, minarets and the interiors boast the carvings in Arabic. The most notable feature of Jama Masjid is the 'mihrab', a niche in the wall that indicates the direction of Mecca. One can also see the minaret or tower adjacent or attached to a mosque, from where the call to prayer is announced.

During Fridays and Eid al-Fitr, people of Islamic faith gather here in large numbers to offer prayers or 'salah' also known as namaz.