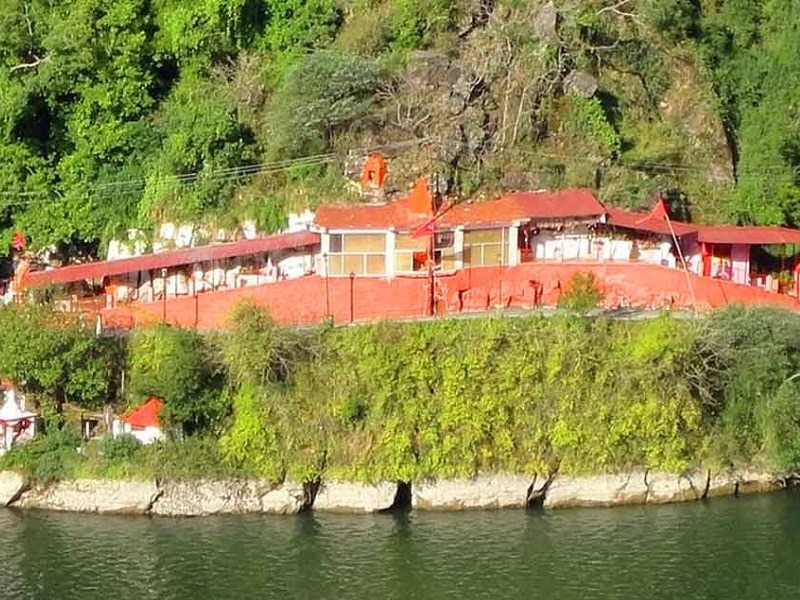 At a distance of 1 km from Nainital Bus Station, Pashan Devi Temple is an ancient temple located on the banks of Nainital Lake at Thandi Sadak in Nainital, Uttarakhand. It is one of the prominent temples in Nainital.

Situated on the opposite side of the Mall Road, the Pashan Devi Temple is dedicated to Maa Durga. The deity is considered as the Goddess of the stone-pelters and is worshipped by the many devotees as the representation of Goddess Durga (Nav Durga). The entire temple is made out of stones including the idol of the goddess as well. Pashan Devi Temple is stationed at a big giant rock which represents all the nine forms of Devi Durga and unique manner.

This temple is an important place of worship for the locals. One of the main attractions of this temple is the 'Akhand Jyoti', an eternal flame that has existed ever since the temple was first formed. As this temple is dedicated to Goddess Durga, it is very famous for sindoor and sarees and is visited by thousands of devotees each year. As a ritual, the devotees pour water, which touches the feet of the goddess idol and then flows into the lake.