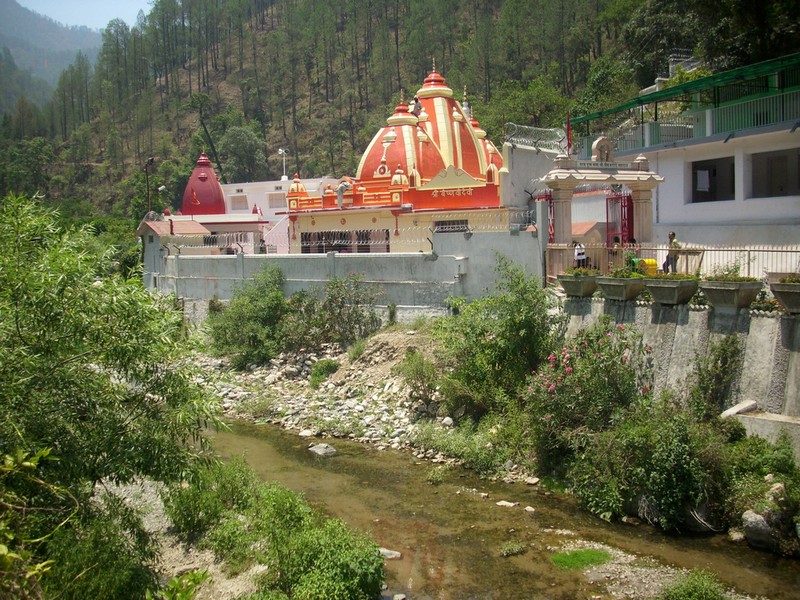 At a distance of 17 km from Nainital and 8 km from Bhowali, Kainchi Dham is a religious pilgrimage center located at Kainchi on the Nainital - Almora Road in Uttarakhand. The word Kainchi means two sharp hairpin bends in a local dialect and hence the name. It is one of the well known temples of Uttarakhand state and one of the top places to visit in Nainital. Famous visitors of the temple include Apple founder Steve Jobs and Facebook founder Mark Zuckerberg. This is another popular attraction not to miss in a Nainital tour package.

Kainchi is a beautiful secluded shrine and is famous for the Hanuman Mandir. The ashram is situated at an altitude of 1400 m. In 1962, Neem Karoli Baba built a platform around a place where two spiritual gurus Sadhu Premi Baba and Sombari Maharaj had performed Yagyas in Kainchi village. The Hanuman temple was later built over the platform thus establishing the Kainchi Ashram. The first temple of Lord Hanuman was inaugurated in June 15, 1964 by Neem Karoli Baba.

Baba Neem Karoli died on September 10, 1973. A temple for him was subsequently built at the Ashram. His statue was consecrated on 15th June 1976. Thousands of devotees from all around the country visit this place every year. Among the most well-known of Neem Karoli Baba's disciples were spiritual teacher Ma Jaya, Ram Das, teacher/performer Bhagavan Das, Lama Surya Das and the musicians Jai Uttal and Krishna Das.

On 15th of June every year a bhandara is organized, which attracts large number of devotees to celebrate the birth anniversary of Neem Karoli Baba. Anyone who wants to visit the Ashram in Kainchi village need prior permission. After a reference from one of the older devotees, one can stay for three days. Rules are strictly enforced and individuals staying at the ashram are required to participate in morning and evening arati. The ashram is closed for a large portion of the year as it becomes very cold in winter and late monsoon.