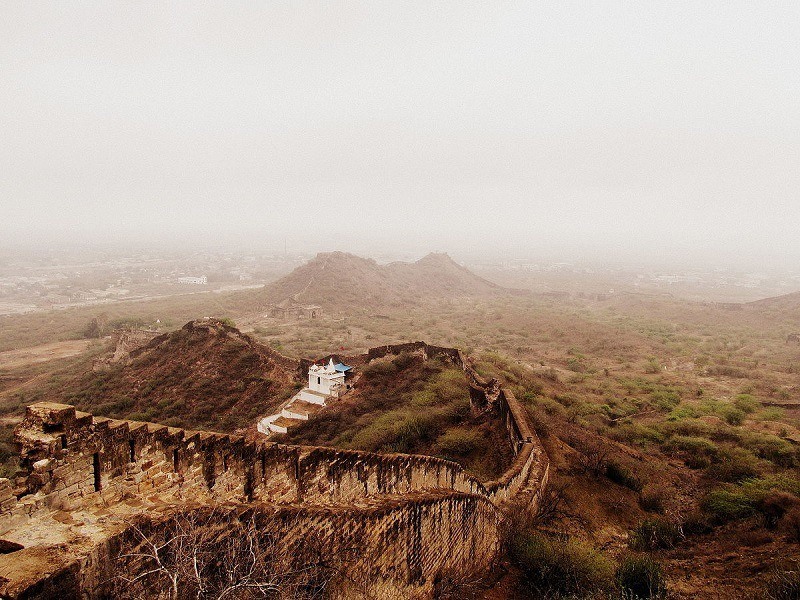 At a distance of 3 km from Bhuj Railway Station, Bhujia Fort is an ancient hill fort situated on Bhujia Hill in the outskirts of Bhuj city in Gujarat. It is one of the historical forts in the Kutch region, and among the prime tourist places to visit as part of Bhuj holiday packages.

Bhujia Hill Fort, also known as Bhujiya Fort is built on a hill overlooking the town of Bhuj. The fort gets its name from the temple of snake god Bhujanga situated atop the hill. According to history, the Bhujia Fort was built between 1715 - 1718 CE by Jadeja Chief, Rao Godaji. However, the fort was completed by his son, Deshalji I. The fort has stood against six major battles which were fought in the years 1700-1800 AD between Rajput rulers of Kutch, the Muslim raiders from Sindh, and Mughal rulers of Gujarat. The British colonel William Coir took over the fort in 1819. The fort has been under the occupation of the Indian Army after India's independence in 1947. The army left the fort in 2001.

The first major battle at Bhujia Fort was fought during the early part of the reign of Deshalji I, when Sher Buland Khan, who was Mughal Viceroy of Gujarat at that time, invaded Kutch. The army of Kutch was in a precarious condition when a group of Naga Bawas opened the fort gate to visit Nag temple for worship and then joined in the war against Sher Buland Khan's army. Since that day Naga Bawas along with their leader got a prominent place during the procession which is held on Nag Panchami day every year. It is one of the prime Bhuj places to visit.

There are around 200 steps to reach the top of the summit. Nature lovers and adventure enthusiasts can take a walk up the hill through the stairs enjoying the beauty of the structure and surroundings. One can see a panoramic view of the city, especially during sunrise and sunset.