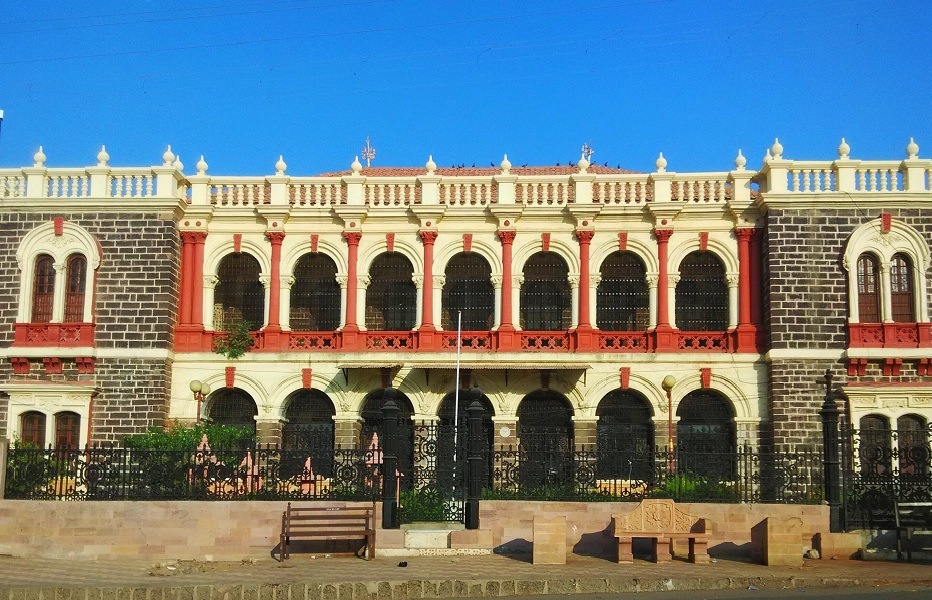 Place Location: On The Banks Of Hamirsar Lake

At a distance of 4 km from Bhuj Railway Station, Kutch Museum is a museum situated on the banks of Hamirsar Lake in Bhuj. It is the oldest museum in Gujarat and among the popular places to visit in Bhuj.

Kutch Museum was established in 1877 by Maharao Sir Khengarji III of Kutch as School of Arts. The present structure of the museum was built in 1884 to exhibit the wedding gifts of Maharao Sir Khengarji III. Earlier the museum is known as Fergusson Museum after Sir James Fergusson, the Governor of Bombay, who laid the foundation stone for the present museum building in 1884. The Museum was the private retreat for the Maharaos who showed it only to their guests. However, after independence, the museum came to be known as the Kutch Museum and was open to the public.

The stunning two floor building of the museum is constructed in a typical Italian Gothic style of architecture. Designed by the state engineer, Mc Lelland, the museum was built by local builders known as Mistris of Kutch under supervision of state Gaidher - Jairam Ruda Gajdhar. There are 11 major galleries in the museum namely picture gallery, anthropological section, archaeological section, textiles section, weapons section, music instruments section, shipping section, and stuffed animals section. A section of the museum is devoted to tribal cultures, with many examples of ancient artifacts, folk arts and crafts and information about tribal peoples.

The museum has the largest existing collections of Kshatrapa inscriptions dating to the 1st century AD along with some samples of the extinct Kutchi script. It also has a collection of coins including the kori, Kutch's local currency. The museum also houses exhibits of embroidery, paintings, arms, musical instruments, sculpture and precious metalwork. The main attraction of the museum is a seven-trunked, snow-white elephant, Airavat, painted in Kamagiri style with flowers and creepers showcasing the 18th-century masterpiece from Mandvi.