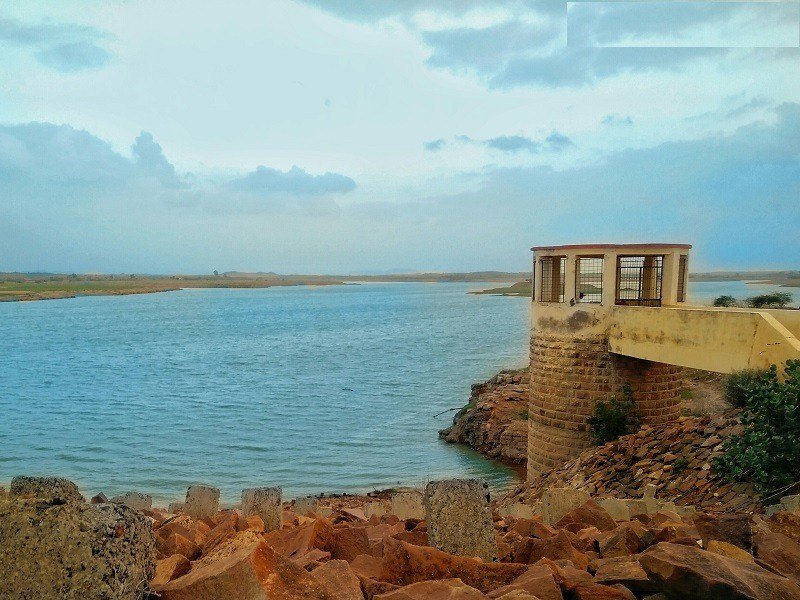 At a distance of 15 km from Bhuj Railway Station, Rudramata Dam is an earthen dam situated at
Nokhania village in Bhuj Taluk of Gujarat. Built on Khari River, this is the biggest in Bhuj and among the famous places to visit in Bhuj.

Also known as Rudrani Dam, the construction of the dam was started in 1959 and was completed in 1970. The catchment area of the dam is 572 Sq.km and the gross storage capacity is 65 cubic milli meters. This artificial reservoir supplies water to deserted areas around Bhuj.

Considered as biggest Dam of Kutch, view from the top of dam is breathtaking. There is one beautiful temple near the Dam called Rudra Mata temple. The temple complex houses the 400 years old Rudramata Temple with smaller temples devoted to other Gods and Goddesses. One can also visit Rakshak Van on the banks of the dam.