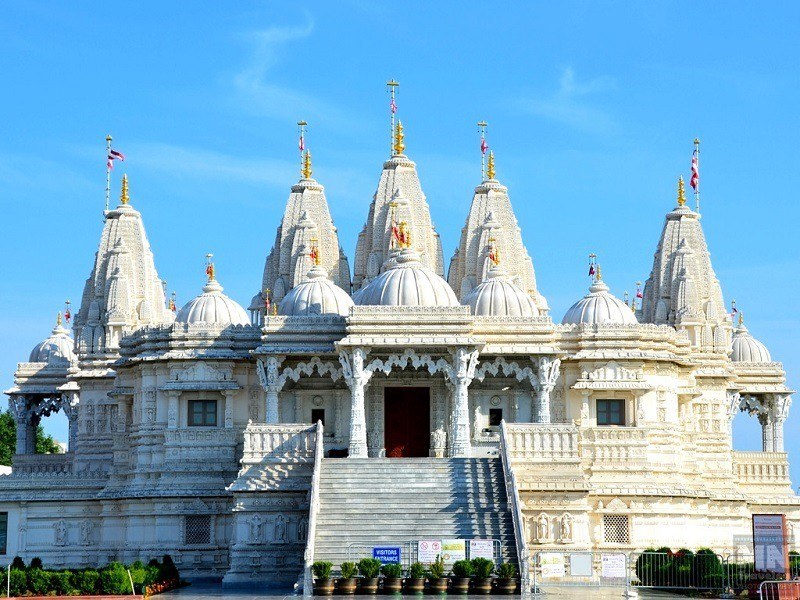 Travel Tips: Females are not allowed near the deities.

At a distance of 4 km from Bhuj Railway Station, Shree Swaminarayan Mandir is a Hindu temple located in the heart of Bhuj city, Gujarat. Situated near Kutch Museum, it is one of the famous temples of Shree Swaminarayan and among the best places of sightseeing in Bhuj.

Shree Swaminarayan Mandir was constructed by Swaminarayan, the founder of the Swaminarayan Sampraday in 1822. This mandir comes under the Nar Narayan Dev Gadi. The earthquake in 2001 destroyed much of the city of Bhuj, including the side of the temple facing north which was built by Lord Shree Swaminarayan. Miraculously the divine idols remained as they were, without any damage. Later, in 2010 a new temple was constructed quite close to the old temple where all the divine idols were moved. The temple is one of the most expensive temples in Gujarat. Around 600 sculptors worked with the devotees for over 7 years to complete this project.

Dedicated to Nar Narayan and Swaminarayan, the new temple of Swaminarayan is an architectural masterpiece built with marble and is a sight to behold as part of Bhuj tour. Spread across 5 acres of land, the shimmering structure has 7 shikharas with the main dome, 25 smaller domes, and 258 carved pillars made of pure marble. Apart from the main deities, the temple also houses the idols of Radha Krishna, Ghanshyam, Sukh Shaiya, and many other deities. One can also see numerous carvings on the pillars and ceilings of this temple. It also boasts of a wonderful 3D film that depicts the life of Lord Shree Swaminarayan.