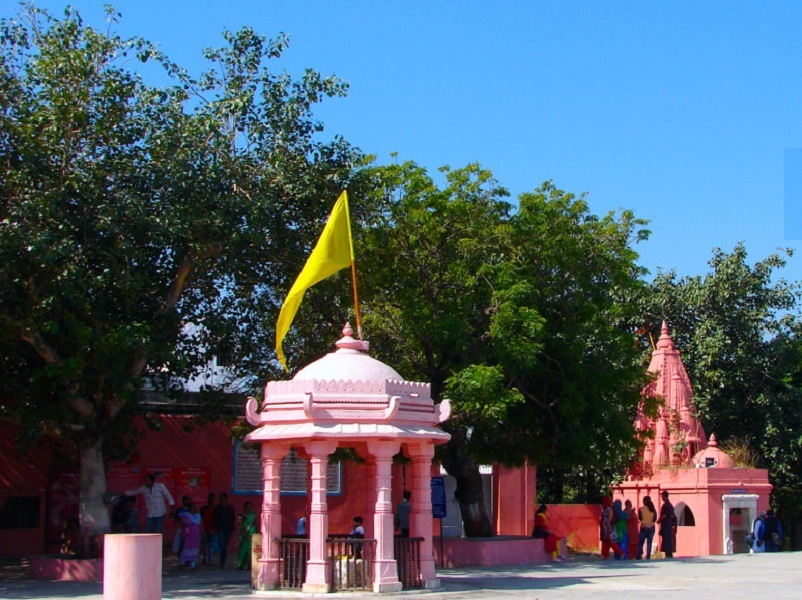 At a distance of 2 km from Somnath Temple and 3 km from Somnath Railway Station, Golok Dham Tirth is a holy place situated on the banks of Hiran River in Somnath. Also known as Dehotsarg Tirth, it is considered as one of the must visit places of pilgrimage in Gujarat and among the popular places to visit in Somnath.

Dehotsarg is believed to be the place where Bhagvan Shri Krishna took his divine journey to Neejdham. According to legend, after being wounded by a hunter's arrow, Lord Krishna walked few kilometers towards Dehotsarg from Bhalka Tirth. He bathed in the Triveni Sangam and then left his body at Dehotsarg. This place is called as Shri Krishna Neej Dham Prasthan Tirth or Dehotsarg Tirth. The footprint of Bhagvan Shree Krishna is carved here to mark the divine memory of Shree Krishna Neejdham Prasthan Leela.

There is also an ancient cave known as Baldev Gufa. According to legend, Baldevji, the elder brother of Shri Krishna also took his last journey from here in his original serpent form. This cave is also called as 'Dauji-ni Gufa'. One can also visit Gita Mandir and Lakshmi Narayan Mandir situated close by.