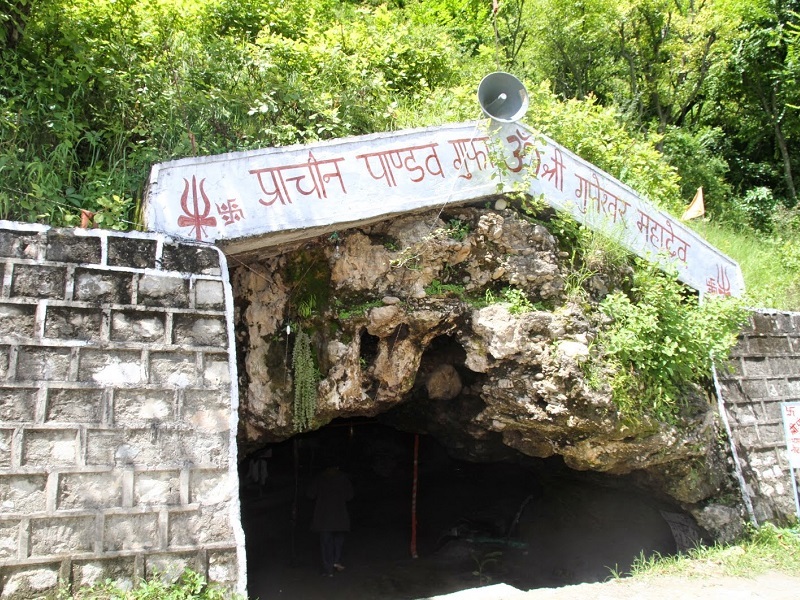 At a distance of 1.5 km from Somnath Temple and 2 km from Somnath Railway Station, Panch Pandav Gufa is a pilgrimage place located in Somnath. Situated near Triveni Sangam Ghat, it is one of holy and interesting places to visit in Somnath.

Also known as Hinglaj Mata Mandir, Panch Pandava Gufa in Somnath was discovered by the late Baba Narayandas in the year 1949. According to Mythological tales, it is believed that Pandavas worshipped Maa Hingalaj here, during their exile. The cave has a temple dedicated to Pandava brothers. There are also shrines in honour of Shiva, Sita Ma, Ram-Laxman, Lord Hanuman and Goddess Durga.

The entrance to the cave is very narrow and low. Children will find it easy to climb down the steps. However, adults need to bend down and literally crawl down the steps. It is somewhat difficult to aged ones and heavy body people to enter due to steep & suffocated entrance. Along with this, one can also visit Surya Mandir and Kamnath Mahadev Mandir nearby.