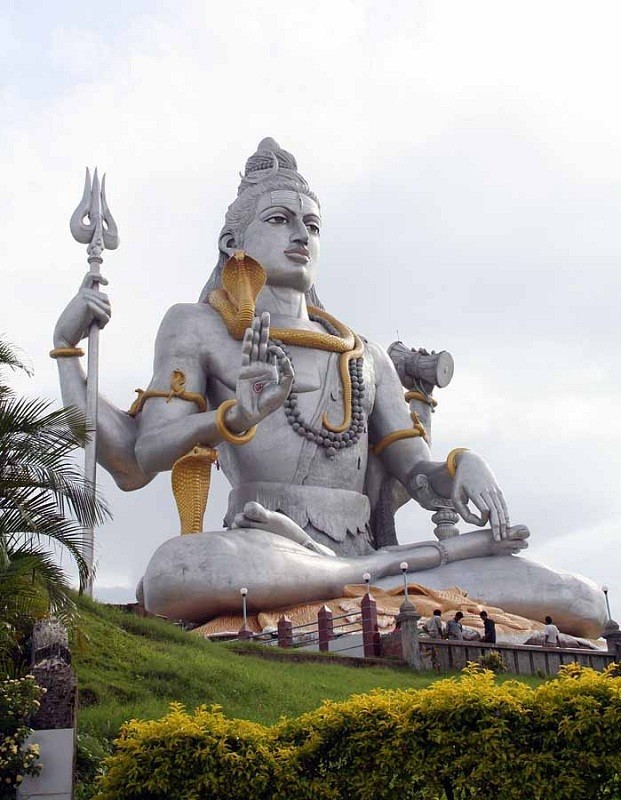 #2 of 20 Places to Visit in Murudeshwar

The statue was built by Shivamogga's Kashinath and several other sculptors, financed by businessman Mr R.N. Shetty, at a cost of approximately 50 million rupees. It took about 2 years to build the statue. The statue carved with so much attention to detail. There are many life-size statues of Gods and Demons around the Shiva statue. The Geetopadesha, Sun chariot, the sculpture of Lord Ganesh receiving the Atma Linga from Ravana and others dot the landscape of the Kanduka hill. On the very top is the Shiva statue.

The idol is designed such that it gets the sun light directly and thus appears sparkling. Originally, the statue had four arms and was adorned in gold paint. However, large wind gusts blew one arm.

The statue is situated beside Shiva temple complex.