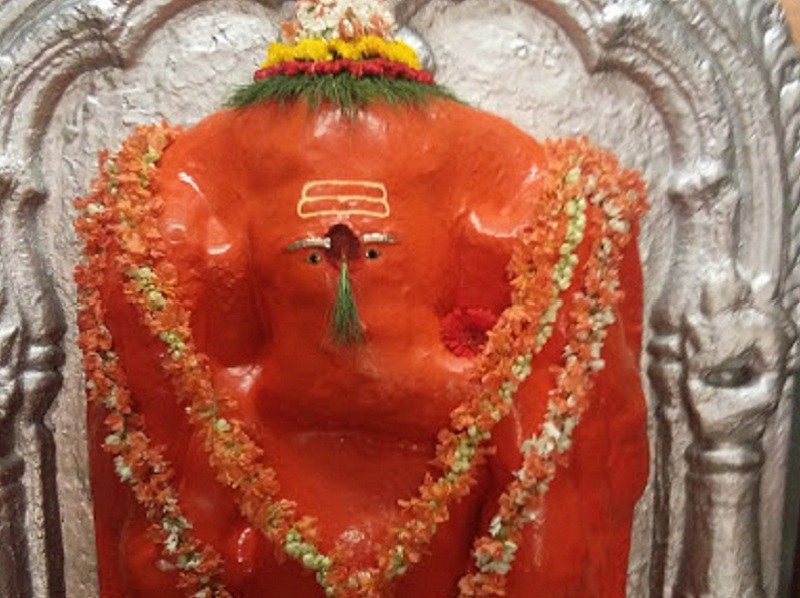 At a distance of 2.5 km from Kolhapur Railway Station, Sri Binkhambi Ganesh Mandir is a Hindu temple situated at Shivaji Peth locality of Kolhapur, Maharashtra. Situated near Sri Mahalakshmi Ambabai Temple, it is one of the revered temples in Kolhapur, and among the must-visit places during your Kolhapur Trip.

Situated at the Sawarkar Marg, Binkhambi Ganesh Mandir is dedicated to Lord Ganesha. It is believed that the idol of Lord Ganesha enshrined in the temple was discovered while repairing a well. Built-in the year 1882, the temple got its name Binkhambi meaning no pillar as the sanctum sanctorum of the temple has been built without the use of any pillar. Further, it is also believed that the idol was much older than the time of its actual establishment in the temple. The exterior of the temple is adorned with stone carved tortoise along with many other carved structures.

Popular as Joshirao Ganapati Temple among locals, it is thronged by numerous archaeological students for studying its structure. Besides students, the temple is also visited by numerous devotees and tourists, especially during the festival of Ganesh Chaturthi. It is built right in the middle of a market with a lot of shopping and food options.