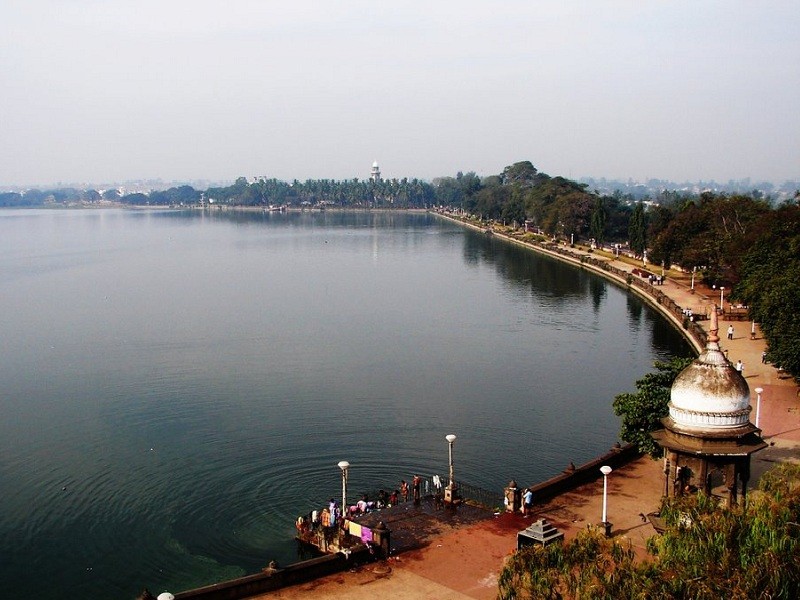 At a distance of 2 km from Sri Mahalakshmi Ambabai Temple, and 4 km from Kolhapur Railway Station, Rankala Lake is a picturesque lake in Kolhapur. Marked by the natural beauty and serene environment, make it one of the must-visit places as part of Kolhapur Tour Packages.

The Rankala Lake was constructed by late Maharajah, Shri Shahu Chhatrapati. It is believed to be linked directly to a well in Panhala Fort which Chatrapati Shivaji Maharaj is believed to have crossed.

The lake has a circumference of 4.5 miles and a depth of 35 ft. The water of the lake is used mainly for irrigation, and the water is let through a sluice gate in the bound. This gate was operated from a minor type of beautiful structure called 'Rankala Tower'. Near the tower is the Rajghat, a flight of board steps leading to the water. On the northern bank of the lake stands the regal Shalini Palace and on the eastern side & slightly in the lake stands the 'Sandhya-Math'. It is a structure of stone columns with a stone slab forming a big hall.

Rankala Lake is a place of serene beauty further mystified with various legends. It is believed that before the 8th century AD, this place was just a stone quarry but after an earthquake that took place in the 9th century AD, a natural change occurred and water started accumulating in the quarry and gave birth to the lake. This spacious lake derives its name from the God Rankabhairav Temple, who is said to have been a great favorite with Mahalaxmi and to have a golden temple now hidden under the water of the lake.

The lake is surrounded by chowpati and other gardens. In the recent past, Kolhapur Municipal corporation has built 'Padpath Udyan' for a lakeside walk. Besides, the lake also offers a host of activities to keep tourists entertained. Tourists can enjoy Horse riding and boating here. There are various food stalls along the lake which serve delicious snacks at reasonable prices. The banks of the lake are well-maintained with seating arrangements and picturesque gardens. It is a popular picnic spot and recreation center for the people of Kolhapur.