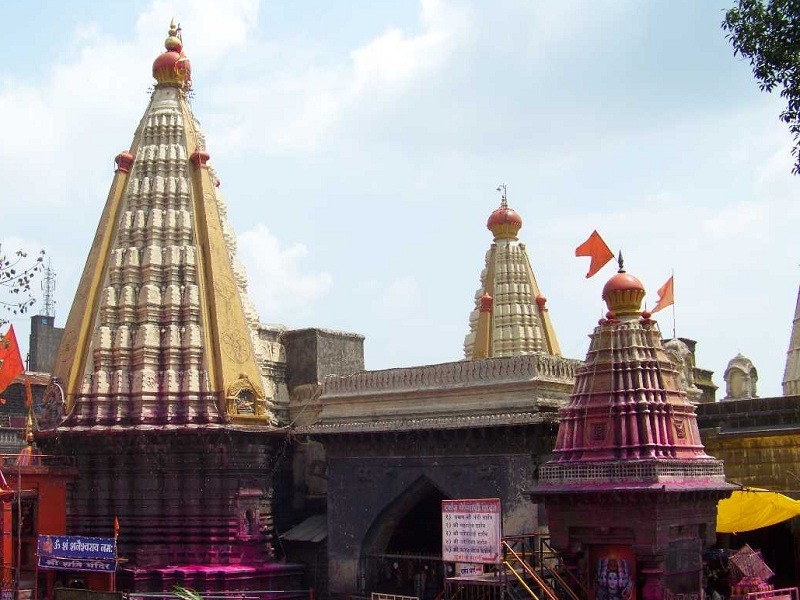 At a distance of 20 km from Kolhapur, Jyotiba Temple is a sacred Hindu temple situated near Wadi Ratnagiri in Kolhapur district of Maharashtra. It is one of the revered places of pilgrimage in Maharashtra, and among the top places to visit near Kolhapur.

Standing 3124 feet above sea level, the glorious temple of Jyotiba is dedicated to Lord Jyotiba, who was believed to be an embodiment of three different deities Brahma, Vishnu, and Maheshwar. According to mythology, Jotiba helped Mahalaxmi in her fight with the demons. He founded his kingdom on this mountain. It is believed that this temple should be visited after visiting the Mahalakshmi Temple of Kolhapur.

The Jyotiba temple was made in three different stages. The original temple was established by Navji Saya while the main temple that stands today was built by Ranoji Shinde in 1730 in its place. It is 55 feet in length, 37 feet in width, and 77 feet in height. The second temple of Kedareshwar was constructed by Daulatrao Shinde in 1808 and is 49 ft x 22 ft x 89 ft high while the third temple of Ramling was constructed in circa 1780 by Malji Nilam Panhalkar, and is 13 ft x 13 ft x 40 ft high including its dome.

The interior is elegant while the exterior includes a flight of 100 stairs that pilgrims need to climb to reach the main temple. The triangular domes of the temples are painted in shades of yellow while the main body and walls are still in the same stone that they were made of. The premises includes some other smaller temples and light towers. The temple, located at a significant height is surrounded by mountains covered in the green and black rock face.

Every year a grand fair takes place on the full moon nights of the Hindu months of Chaitra and Vaishakha. This is the annual festival when all the devotees throw and play with gulal. The entire hill of the Jyotiba Temple is then covered with gulal, making it a beautiful sight and a great festival to experience. The fair attracts lakhs of people from across the country. Besides, the temple is visited by scores of people during Sundays as it is the sacred day of Jotiba.