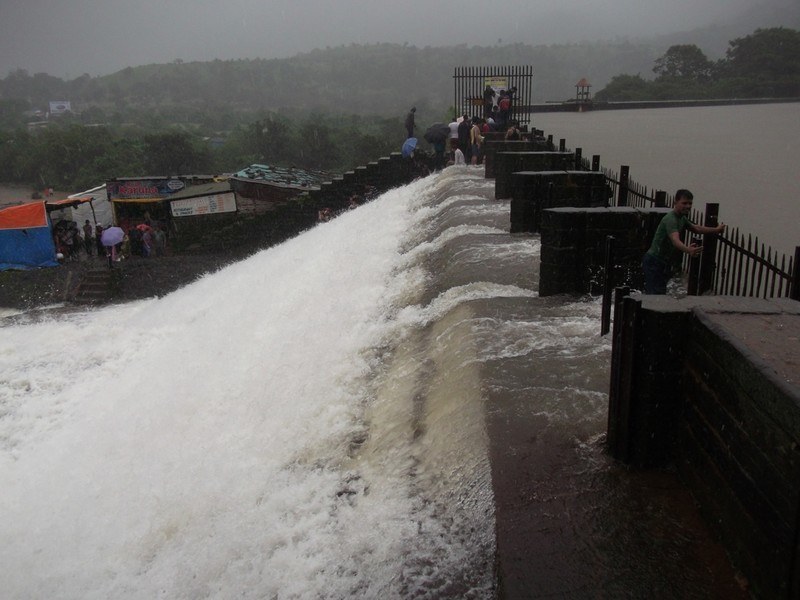 At a distance of 6 km from Lonavala Railway Station, Bhushi Dam is a masonry dam on the Indrayani River in Lonavala, Maharashtra. Bhushi Dam is one of the top Lonavala tourist places and a very popular weekend getaway from Pune and Mumbai. The Dam is located in the backdrop of scenic hilly terrains between Lonavala and INS Shivaji.

The dam was built in late 1860s for the Great Indian Peninsular Railway as a source of water for their steam engines. Water from the dam was carried to Lonavala, Khandala and the reversing station of the railways by cast-iron pipes.

In the rainy season, when the Bhushi dam overflows, the water flows over a series of steps and then over some easily accessible rocky terrain. The terrain and the water make for a fun combination and this is why Bhushi dam gets crowded on weekends as well as during the holidays. There is a waterfall located very close to the dam, which is formed when the water gushes out through the dam during the monsoon months. Swimming is restricted due to the unpredictable flow of the water during the monsoon months.

The lake created by Bhushi Dam is also used for power generation by Tata Power.