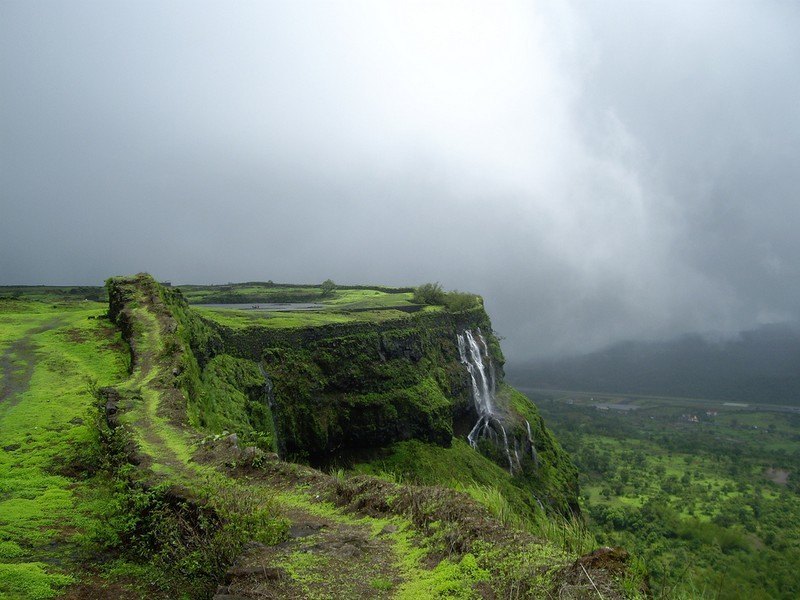 At a distance of 16 km from Tung Fort, 25 km from Lonavala and 32 km from Lohagad Fort, Korigad, also called Koraigad, is a hill fort in Pune district of Maharashtra. Situated at an altitude of 929 m, Korigad is one of the popular forts near Lonavala and also one of the famous weekend getaways from Pune and Mumbai, well known for trekking.

Its date of construction is not known but likely predates 1500 AD. This fort was taken over into his kingdom by Chhatrapati Shivaji along with the forts of Lohagad, Visapur, Tung and Tikona in 1657 AD. Later in 1818 AD this fort went under the British reign. The fort is in good condition and well maintained. There are many cannons, temples and small caves on the fort.

On the top of the fort is a huge plateau. There is temple of Goddess Korai Devi on the fort and the idol of Korai Devi is around 4 feet. This temple has been renovated recently. There are many bastions on the Southern side of the fort. There are 6 cannons and two more temples on this fort. Of these, the biggest cannon named Laxmi lies next to the Korai Devi temple. There are also two lakes on the top of the fort and ahead of them are two caves. Here visitors can see the idol of lord Vishnu holding the Conch, Discus, Mace and Lotus flower. One can enjoy beautiful view of Aamby Valley city developed by Sahara Group from the fort.