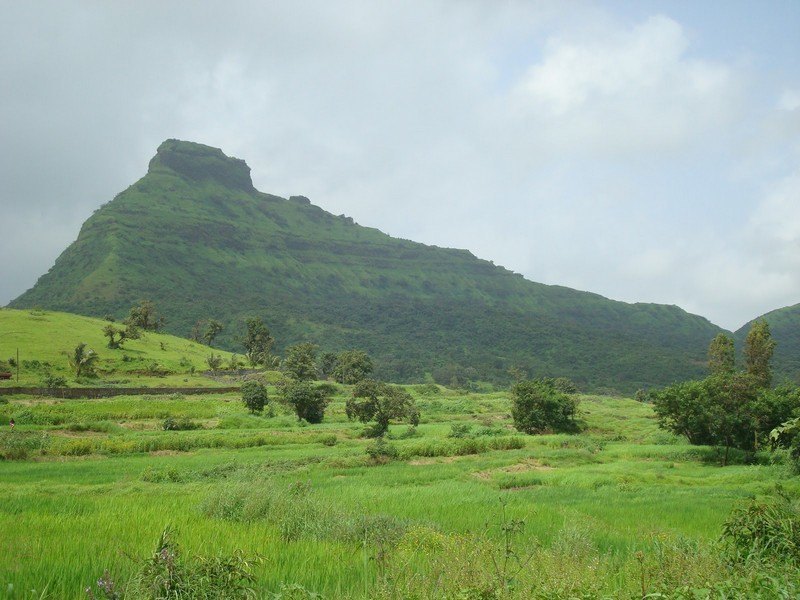 At a distance of 21 km from Lohagad Fort, 25 km from Lonavala, 53 km from Pune, 135 km from Mumbai and 22 km from Tung Fort, Tikona Fort, also known as Triangle Fort, is a dominant hill fort located in the Maval region of Lonavala in Maharashtra. The fort is one of the top places for trekking near Pune and also one of the popular tourist places near Pune & Mumbai for day trip. Renowned as Vitandgad Fort, Tikona Fort is located at an altitude of 3633 feet above sea level.

This mighty Fort lacks historical information unlike the many other forts present in the state. The Nizam Shahi dynasty conquered the fort in 1585 AD and annexed it to the Nizam territory. In 1657 AD, Shivaji Maharaj brought the whole of Konkan, which had been Nizam territory, under his control when he conquered Tikona along with the forts of Karnala, Lohagad, Mahuli, Songad, Tala, and Visapur. Tikona fort was surrendered to the Mughals according to the Treaty of Purandar signed on 12th June 1665 AD, but it was later recaptured by the Shivaji Maharaj in 1670 AD.

Built in a triangular shape, the fort is small and is located near Pawna dam. The fort comprises of numerous tanks and lakes, which served as the main source of water in earlier days. The fort also encloses within it the famous Trimbakeshwar Mahadev temple along with enchanting Buddhist and Satvahan caves.

Tikona Peth is the nearest village for Tikona Fort trek. There is a motorable road till the base of the fort which is 2 km away from Tikona Peth village. The trek takes 1 to 1.5 hours from the fort base and the difficulty level is easy. On the way to the top, there is a cave followed by statue of lord hanuman. The path adjacent to the cave leads to the entrance to the bastion. To reach top of the fort one need to climb 100 odd stairs from here which are very steep. The steps are split into 2 sections. A rope with bolts is fixed which gives support while climbing. From top of the fort, one can have a view of adjacent Tung Fort, Pawna dam, Lohagad Fort and Visapur Fort.