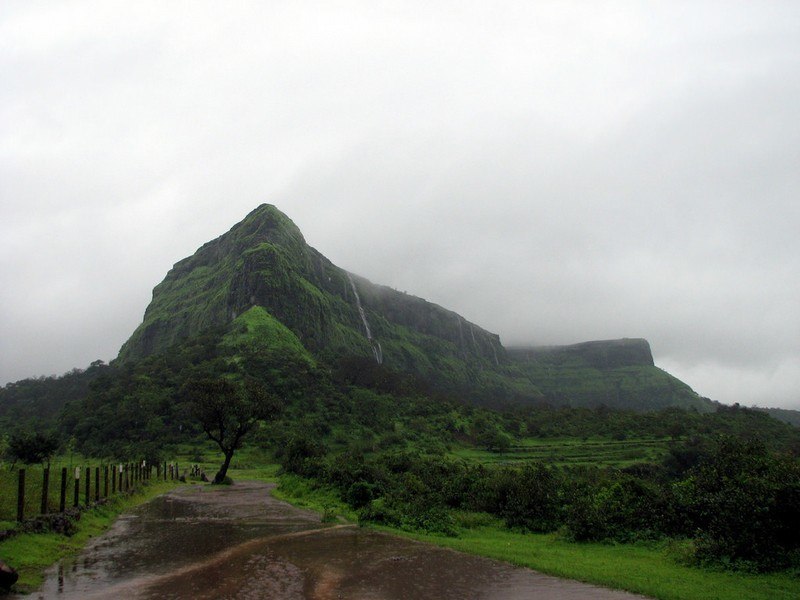 At a distance of 18 km from Lohagad Fort (3 km by Walk) and 24 km from Lonavala Railway Station, Visapur Fort or Visapoor Fort is a hill fort near Visapur village in Pune district of Maharashtra. It is part of the Lohagad-Visapur fortification. It is one of the popular trekking places in Lonavala and also one of the important places of interest in Lonavala.

The fort has an elevation of 1084 m above sea level. It was built during 1713-1720 CE by Balaji Vishwanath, the first Peshwa of Maratha Empire. Visapur fort was built to guard the Lohagad Fort and it has an impressive fortification and plateau at its top. Making use of its higher elevation and proximity to Lohagad, the British troops set up their cannons on Visapur and bombarded Lohagad, forcing the Marathas to flee. Thus, in 1818, Lohagad and Visapur were taken over by the British.

Visapur Fort is larger and at a higher elevation than Lohagad fort. The fort is famous for its protective walls and intricate designs. The fort has several structures like caves, cisterns of water and the ruins of a large stone built house known as the Peshwa's palace. In addition to a huge carving of Hanuman, and several temples scattered all over the place. Hanuman was likely the patron deity of Visapur fort. Presently the fort is in ruins and not many structures left in the fort. The scenic surroundings and the majestic panoramic views of the plains are the best attraction here.

There are 2 trekking routes to reach Visapur fort, one is from Goumukh Khind and another one is from Patan village. The first route needs 1.5 km moderate trek from Goumukh Khind which takes around 1 to 1.5 hours to reach the fort. The second route from Patan village is bit confusing so better to hire local guide from the village. This trail initially goes through a small forest and then comes to a dried up waterfall. Stick to the upstream of waterfall for the rest of the route. After hiking for close to 40 minutes on this trail, one will come across a broken staircase. This staircase leads up to the entrance of the fort. It will take 2 hours to reach the fort from Patan village. The first route is quite popular but the second route offers some wonderful views of several waterfalls in monsoon season.