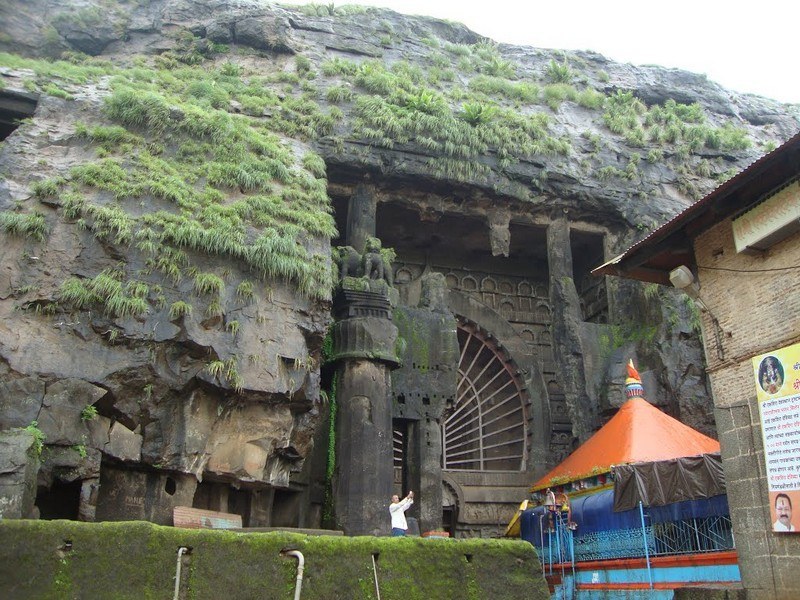 At a distance of 11 km from Lonavala, 59 km from Pune & 107 km from Mumbai, the Karla Caves or Karle Caves are a complex of ancient Indian Buddhist rock-cut cave temples located at Karli near Lonavala, Maharashtra. It is one of the best Lonavala tourist places and also among well known historical places to visit near Mumbai & Pune protected by Archaeological Survey of India.

Karla is one of the most famous centers of early rock-cut architecture in India. The caves are excavated nearly 100 m on a high spur of the chain of hills on the north flank of the Indrayani valley. These caves were developed over two periods - from 2nd century BC to 2nd Century AD and in 5th - 10th Century AD. The oldest of the cave shrines is believed to date back to 160 BC, having arisen near a major ancient trade route, running eastward from the Arabian Sea into the Deccan. These caves are among the must include places in Lonavala tour packages.

The chaityagriha is the most prominent and hence it dominates the remaining excavations. A wide and flat open area in front of the chaityagriha could have provided an ideal place for large gatherings of the followers of Buddhism. This chaitya consists of an apsidal hall with a front verandah. The apsidal hall is divided into a nave and two aisles by two rows of pillars which meet at the rear behind the stupa in a semicircle. The hall features sculptures of males and females, as well as animals such as lions and elephants. The object of worship is the stupa at the rear end of the chaityagriha. The access to the hall is embellished with a horseshoe-shaped arch.

Within the complex are many other carved chaityas as well as viharas for the monks. Highlights of the complex are the arched entrances and vaulted interiors. The caves also house a Buddhist monastery dating back to the 2nd century BC. The monastery was once home to two 15-meter grand pillars. Now only one of these remains and the remaining space is occupied by a temple dedicated to the goddess Ekveera, who is worshipped most notably by the Koli community of Mumbai.