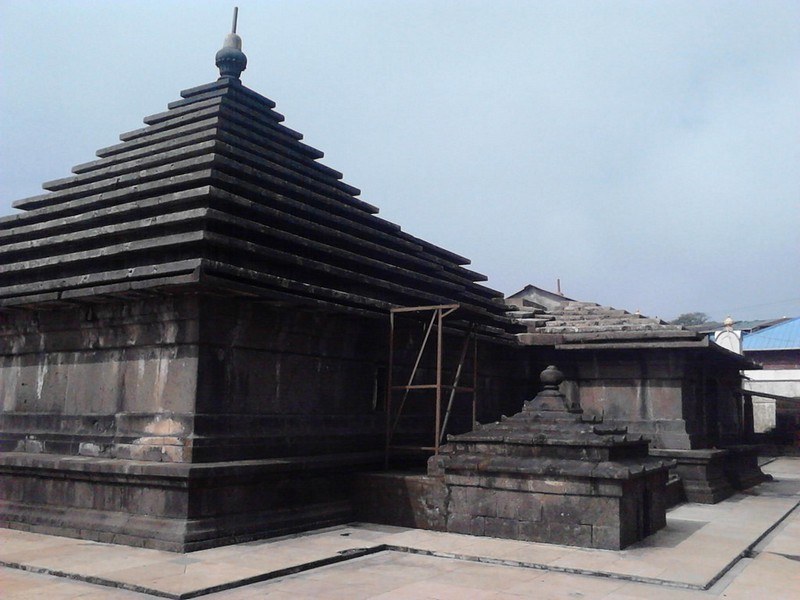 #7 of 27 Places to Visit in Mahabaleshwar

Mahabaleshwar Temple is dedicated to Lord Shiva and is one of the important pilgrimage sites for Hindus. The temple was built by Chandarao More in 16th century and is a model of the Hemadant architectural style of South India. The Mahabaleshwar hills have been named after Lord Mahabali, whose name stands a symbol of strength.

The temple is enclosed by a 5 feet wall and is divided into two areas, inner room and outer room. The sanctum sanctorum has Shiva linga made of black stone, which is 500 years old swayambhu lingam. This self-originated lingam is in the shape of Rudraksha and is called Mahalingam.

The trishul of Lord Shiva along with his Damru, Rudraksha and one bed has been preserved in this temple and these are around 300 years old. Legend has it that the bed used to be crumpled in the morning, indicating Shiva's presence during the night at the temple. The temple also houses a square shaped raised platform. According to the legend, the Maratha ruler, Shivaji weighed his mother Jijabai in gold at this platform and then gave away the gold in charity. Atibaleshwar temple is another old temple located next to the Mahabaleshwar Temple.