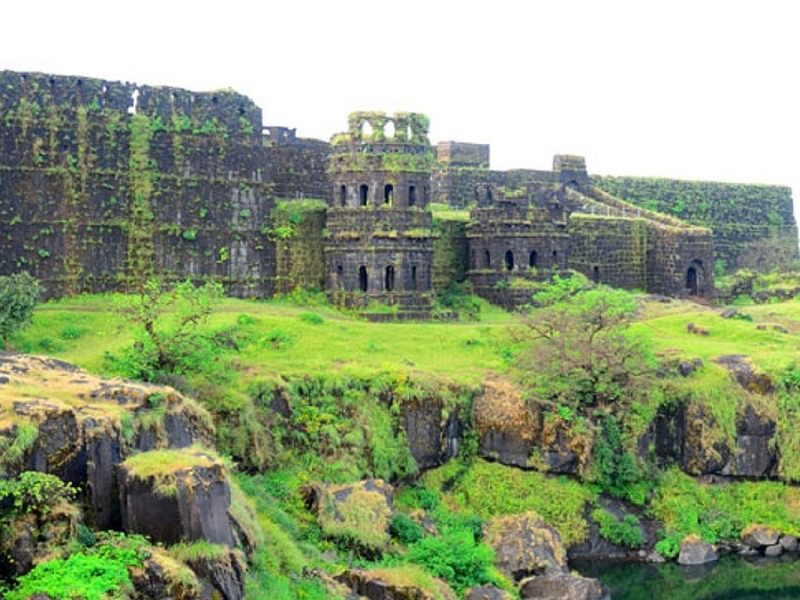 #9 of 27 Places to Visit in Mahabaleshwar

At a distance of 26 km from Mahad, 83 km from Mahabaleshwar, 105 km from Alibaug, 118 km from Lonavala, 136 km from Mumbai, 138 km from Pune and 196 km from Ratnagiri, Raigad is a hill fort situated at Pachad near Mahad in Raigad district of Maharashtra. This is one of the most popular forts in Maharashtra and popular places for trekking near Mumbai. This fort is one of the prime places to visit on a Maharashtra tour and also one of the must include historical forts in Mahabaleshwar Tour Packages as well as in Lonavala Tour Packages.

Earlier called as Rairi, Raigad was initially under the control of Chandrarao More of Jawali and was captured by Chhatrapati Shivaji Maharaj's in 1656 CE. After taking over the Rairi Fort, Shivaji Maharaj got it completely renovated and renamed it as Raigad (the King's Fort). Shivaji Maharaj made it his capital in 1674 CE when he was crowned as King. The fort was destroyed by the British in 1818 CE after they conquered it.

Perched at an altitude of 2700 feet above sea level, Raigad Fort falls under the Sahyadri Mountain range of India. The fort is constructed on an irregular wedge-shaped mass of rock and is inaccessible from three sides. The main structures inside the Raigad Fort, which today stands mostly in ruins, comprise of Queen's Quarters, Public Durbar, Watch Towers, Darwajas, etc. The Queen's Quarters consist of six chambers, meant for the queen and her attendants. The main palace situated inside the fort was largely constructed out of wood. However, apart from its base, made up of pillars, hardly anything else remains right now.

Ruins of three watch towers can be seen in front of the palace grounds overlooking an artificial lake called Ganga Sagar Lake created next to the fort. Now only two watchtowers are visible. Third watchtower collapsed in bombarding. It also has a view of the execution point called Takmak Tok, a cliff from where the sentenced prisoners were thrown to their death. The area is now fenced off. The fort also has ruins of the market.

The Public Durbar of the king today houses a replica of the original throne. The main doorway of the durbar, known as the Nagarkhana Darwaja, faces the throne. The secondary entrance was called the Mena Darwaja and was meant to provide private entrance to the royal ladies of the fort. It ultimately leads to the Queen's Quarters. Holi Cha Mal, outside the Nagarkhana, is a wide open ground used for annual Holi festival.

The main entrance of the Raigad Fort comprises of Maha Darwaja, which is colossal and provided protection to the fort. It has two huge bastions on both sides of the door which are approximately 65-70 feet high. The top of the fort is 600 feet higher from the entrance. Fort was having only one access route which goes through this Maha Darwaja. The three dark and deep chambers, situated to right of the Palkhi Darwaja, are believed to have served as the granaries of the fort.

One of the main attractions of the Raigad Fort is a magnificent statue of Chhatrapati Shivaji, sited opposite the ruins of the main market avenue. The samadhi (tomb) of Shivaji and his dog Waghya are situated near the avenue. There are temples of Shirkai Bhavani, the presiding deity of the Fort and Jagadishwar inside the fort premises. A memorial to Jijabai, Shivaji's mother can be seen at base village of Pachad.

There are approximately 1400-1450 steps leading to the fort, though today a rope-way exists to reach the top of the fort. Raigad fort is the only fort in Maharashtra which has a ropeway access. Trekking is still a popular activity to reach the fort. Raigad trek is a difficult trek and the approximate duration of the trek is about 1.5 - 2 hours. The base village for the Raigad trek up is Pachad. Raigad night trek is particularly popular especially during the summers.