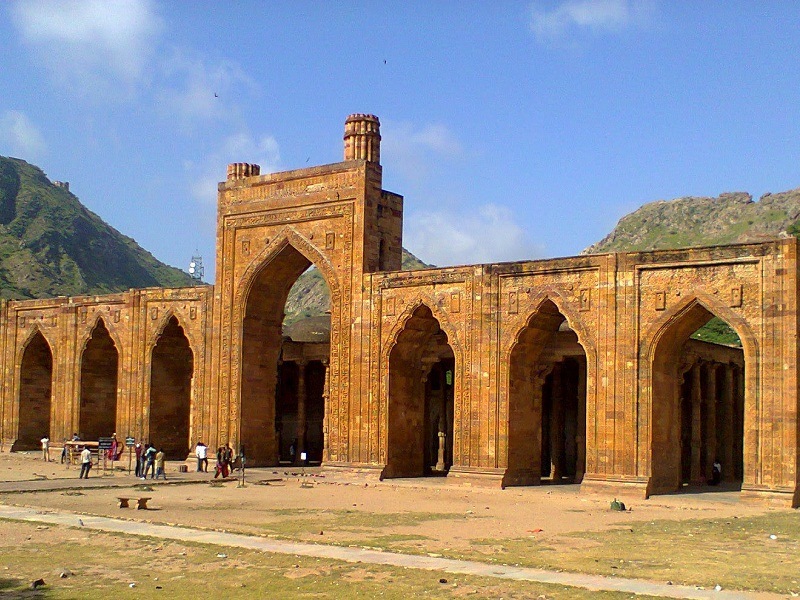 At a distance of 500 m from Ajmer Dargah Sharif and 1.5 km from Ajmer Junction Railway Station, Adhai Din Ka Jhonpra is an ancient mosque situated near Dargah Sharif in Ajmer town of Rajasthan. It is one of the oldest mosques in India and also the oldest surviving monument in Ajmer. The site is now maintained by the Archaeological Survey of India.

Adhai Din Ka Jhopra, literally means 'shed of two and a half days', was built by Qutbuddin Aibak, the first Sultan of Delhi. The site of Adhai Din Ka Jhopra was originally a Sanskrit college commissioned by Vigraharaja IV, a king of the Shakambhari Chauhan dynasty. Based on a tablet found at the site, the original building must have been constructed sometime before 1153 CE. It was partially destroyed and converted into a mosque by Qutbuddin Aibak on the orders of Muhammad Ghori in 1192 CE. It was completed in 1199 CE and further beautified by Iltutmish of Delhi in 1213 CE.

Adhai Din Ka Jhonpra is an early example of the Indo-Islamic architecture and was designed by Abu Bakr of Herat. Built from masonry taken from broken down Hindu and Jain temples, the mosque has been surrounded by a seven arched wall that is inscribed with verses from the Quran. The mosque is entered through a simple gateway in the north, and on its right stands a ruined minaret. The gate leads to a stairway leading up to a small tower from where the muezzin (mosque official) called the faithful to prayer. The front facade consists of a number of small arches built of yellow limestone. The main arch is flanked by six smaller arches of Arab origin wherein tiny rectangular panels allowed for a lighting system, a feature found in ancient Arabian mosques.

The mosque has 10 domes supported by 124 pillars. The walls of the main hall are chiseled into small screens to allow sunlight to enter. The interior of the mosque is more like a Hindu temple with a main hall supported by numerous columns. Three pillars are placed over each other while the roof is supported on square bays. The columns are of an uncommon design, heavily decorated and quite similar to Hindu and Jain rock temples. Their bases are large and bulbous, tapering as they gain height. There is a tiny Sanskrit inscription on top of the main gate that reminds the actual origin of this historic monument.