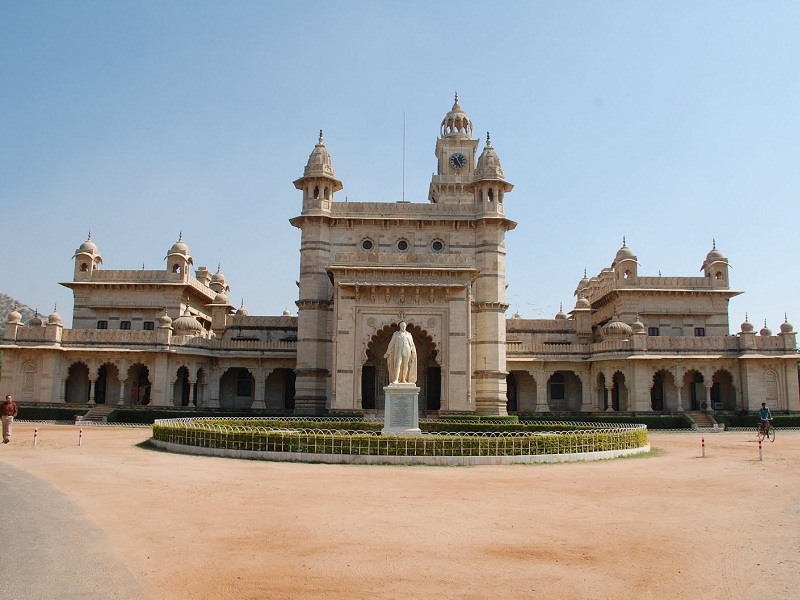 At a distance of 2.5 km from Ajmer Junction Railway Station, Mayo College is a boys' residential public school in Ajmer city of Rajasthan, India. The school is one of the oldest and best public boarding schools of India and also one of the top Ajmer tourist places.

Also known as Eton of the East, Mayo College was founded in 1875 AD by Richard Bourke, 6th Earl of Mayo who was also the Viceroy of India from 1869 to 1872 AD. This college was built to provide similar education to the leaders of princely states as given in the public schools of United Kingdom. The College was opened in October 1875 AD, with Sir Oliver St. John as the first Principal and one boy, Maharaja Mangal Singh of Alwar.

The main building of the college was designed by Major Mant in the Indo-Saracenic style which was popularised by Sir Samuel Swinton Jacob, the State Engineer of Jaipur. The building was constructed in eight years between 1877 and 1885 AD. A very ornate central tower stands tall as the pride of the building. A series of small domed pavilions line the rooftop. The building has found itself on postage stamps on its centenary. The Coat of Arms of the college has been designed by Lockwood Kipling, the former Principal of the School of Arts, Lahore and the father of the famous writer Rudyard Kipling.

Mayo College Museum, better known as Danmal Mathur Museum, is housed in Jhalawar House of Mayo College. Spread over 18 rooms, the museum may be one of its kind museums in India and also one of the best museums that any school can have in the world. The museum is in possession of a priceless collection of antiques and armory. The museum also has a vast collection of artifacts, old paintings, sculptures, photographs, coins pertaining to various areas of learning and knowledge.

Note: Permission is required from the College Administration to visit the Museum.