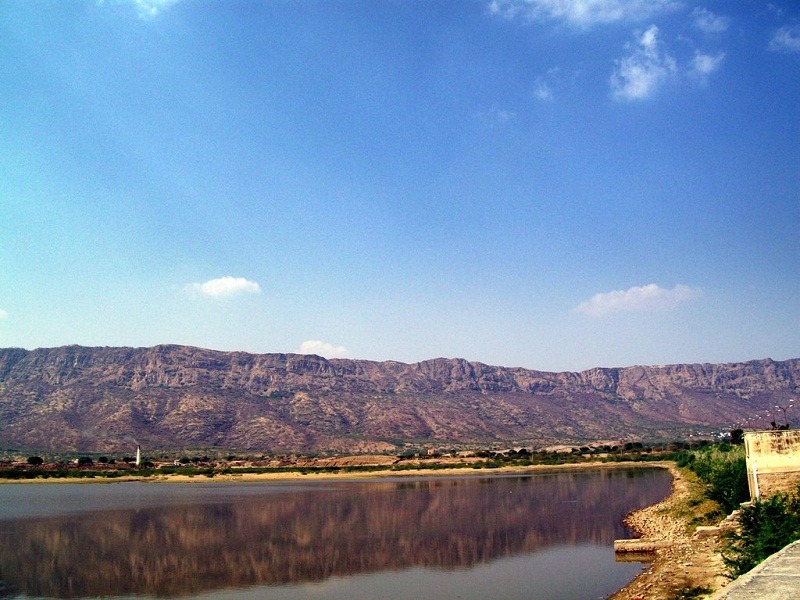 At a distance of 6 km from Ajmer Dargah Sharif and 7 km from Ajmer Junction Railway Station, Foy Sagar Lake is a man-made lake located at the west of Ajmer in Rajasthan.

Lake Foy Sagar was created as a Famine Relief Project in the year 1892 in Ajmer, Rajasthan. It was constructed by the English architect Mr. Foy and was named after him. Lake Foy Sagar was built for a sole purpose to remove the scarcity of water in Ajmer during drought. Lake Foy Sagar offers a beautiful view of the surrounding Aravalli range.

Since its construction in 1892, the Foy Sagar is a pictorial and important source of water, especially portable. This lake is spread over 14,000,000 Sq. feet and can hold 15 million cubic feet of water in it. This magnificent lake amazes the onlookers with its real natural beauty. Due to its unique flat shape it looks like a pancake. There is a huge park adjacent to the park. The place is a famous picnic spot for the local residents during winters.