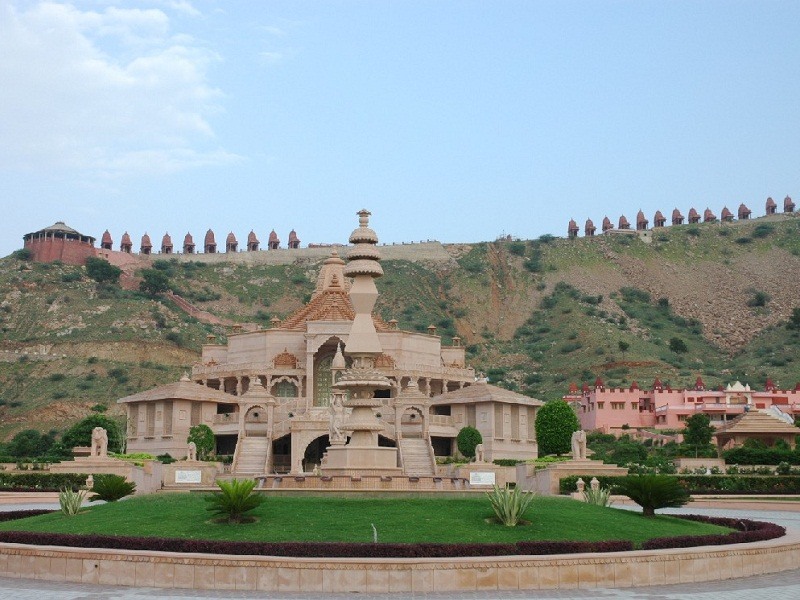 Place Location: On NH-8 In The Outskirts Of Ajmer

At a distance of 9 km from Ajmer Junction Railway Station, Nareli Jain Temple is a new Jain temple situated on NH-8 in the outskirts of Ajmer in Rajasthan. This is an important point of pilgrimage for Digambara Jains and also one of the top Ajmer attractions.

Nareli Jain Temple, also known as Sri Gyanodaya Tirth Kshetra, is a modern edifice built by Ashok Patni of RK Marbles. Acharya Sri Vidya Sagar's disciple Jain Sage, Muni Sudha Sagar blessed the construction of the temple and the building work started on 1994-95. In the year 2002 the largest ever-made statues of Ashta-dhatu are being installed at the temple complex. The temple was estimated to cost around Rupees 50 crore, but ended up costing close to Rupees 100 crore. The temple grounds of Nareli Jain Temple are based over the entire hilly region and innumerable devotees throng the temple, particularly the Jain communities, who belong to Digambara sects.