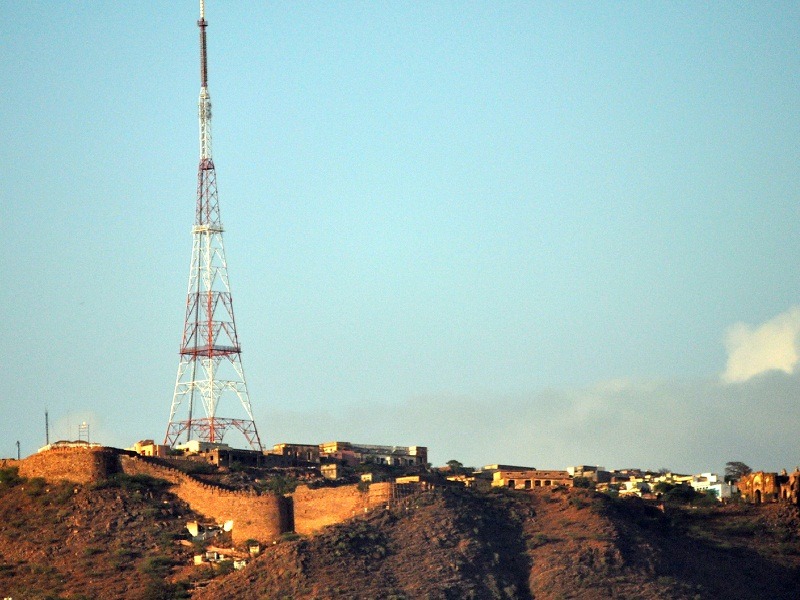 At a distance of 3.5 km from Ajmer Junction Railway Station, Taragarh Fort is an ancient fort located atop the Nagpahari Hill in Ajmer. It is one of the oldest forts in India and also one of the prime places of sightseeing in Ajmer.

Taragarh is considered as the first hill fort of Asia and was built by King Ajaypal Chauhan in 1100 AD on the pinnacle of 800 foot high Taragarh Hill overlooking Ajmer. It was constructed at a time when the Aravalli mountain ranges were above the snowlines. During the Mughal rule in Ajmer, the Taragarh Fort was used as an important center of military activity. After this, the fort was used as a sanatorium during the British occupation in Ajmer.

Taragarh Fort is a spectacular and outstanding example of Rajasthani architecture. The fort has six huge gates. The battlements run along the top of the hill. The walls are two miles (3 km) in circumference and the fort can only be approached by way of a very steep slope. Miran Saheb Ki Dargah is located inside the fort. Miran Saheb, a brave warrior and also the governor of the fort sacrificed his life defending and protecting Taragarh against an enemy invasion.

The fort can be reached by a Jeep and the route has a lot of twists and turns. Visitors can also reach by a steep 1.5 hours climb which starts beyond the Adhai Din ka Jhonpra Mosque. The fort provides an excellent and panoramic view of Ajmer town.