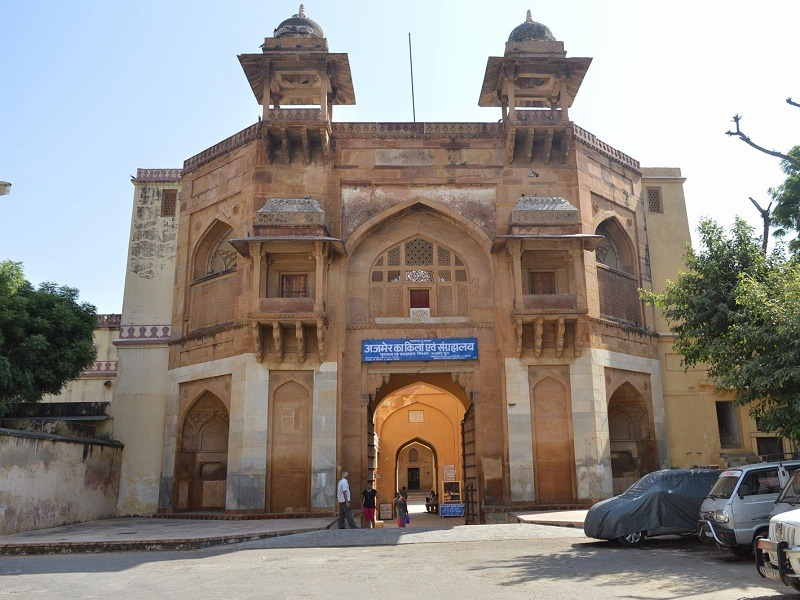 At a distance of 1 km from Ajmer Junction Railway Station and 1.5 km from Ajmer Dargah Sharif, Akbar's Palace & Museum is an ancient citadel situated in Ajmer town of Rajasthan. It is one of the popular tourist places in Ajmer.

Akbar's Palace was built in 1570 AD by the great Mughal Emperor Akbar. It was built to serve as a home to the King during his visits and pilgrimages to Ajmer. Akbar's Palace was made almost impregnable and unattackable by the two impressive stone walls that surrounded the palace. The Palace holds an important position in the history of Ajmer as it acted as the platform for the historic meeting between Emperor Jahangir and Sir Thomas Roe of the British East India Company. During the British occupation in Ajmer, Akbar's Palace was converted into a munitions house and then renamed the Rajputana Arsenal.

Akbar's Palace in Ajmer is considered to be an architectural masterpiece. There are several rooms in the palace that are found to be heavily decorated. The stone walls surrounding the Palace consist of a bastion that is double storied and is enclosed with a chain of columns. The turret consists of a hefty core that leads to an array of rooms.

A portion of Akbar's Palace was converted into a museum in 1908. One can see Hindu figurines dating back to the 6th and the 7th century in the museum as part of Ajmer trip. There is a beautiful massive black marble idol of Goddess Kali, military armor, and weapons on display at the museum. The Palace Museum not only boasts of a grand collection of weapons and armors but also has some of the most exclusive stone sculptures. There is also a library within the palace that serves to be an important center for learning and gaining information regarding Akbar's Palace.