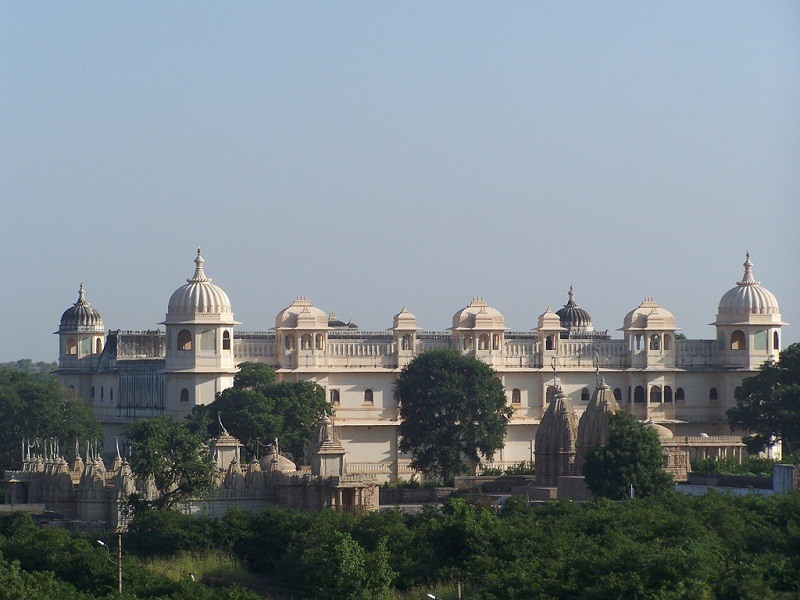 #4 of 9 Places to Visit in Chittorgarh

At a distance of 8 km from Chittorgarh Railway Station, Fateh Prakash Palace is situated near Rana Kumbha Palace and close to the Badi Pol inside Chittorgarh Fort Complex. It is one of the must include places in Chittorgarh tour.

Fateh Prakash Palace was built by Rana Fateh Singh and has been named after him. This magnificent double-storeyed palace is a grand specimen of modern Indian architecture. This is an edifice with a tower on each of its four corners crowned by domed chhatris. The palace illustrates the maharaja's inclination towards art and is famous for the pillars and corridors. During the year 1968, a big portion of the palace was converted into a public museum.

The museum is divided into sections dedicated to different antiquity such as coins, art, weapons, tribal life, and wood crafts of the Bassi village. A large collection of sculptures and the majority of the deities is harbored within this museum. Among the sculptures, the Lord Ganesh statue from Pangarh is quite attractive and is said that the statue had been created in the 8th - 9th century. Lord Indra and Jain Ambica statues are also worth seeing and were excavated from the Rashi village.

In this museum, all the weapons and equipment used in the battlegrounds of the Rajputs are displayed in broad details. There are daggers, knives, shields, axes, helmets, costumes, and uniforms of soldiers, and few other types of equipment required during the war. One can also see some clay replicas of regional tribal clad in their traditional costumes inside the museum. Woodcrafts from the local traditional designs and also several items from the royal families are found in this museum. Presently it has a large collection of paintings too, disclosing the historical facts attached to the fort.

Timings: 10 AM - 4.30 PM on all days except Friday and National Holidays