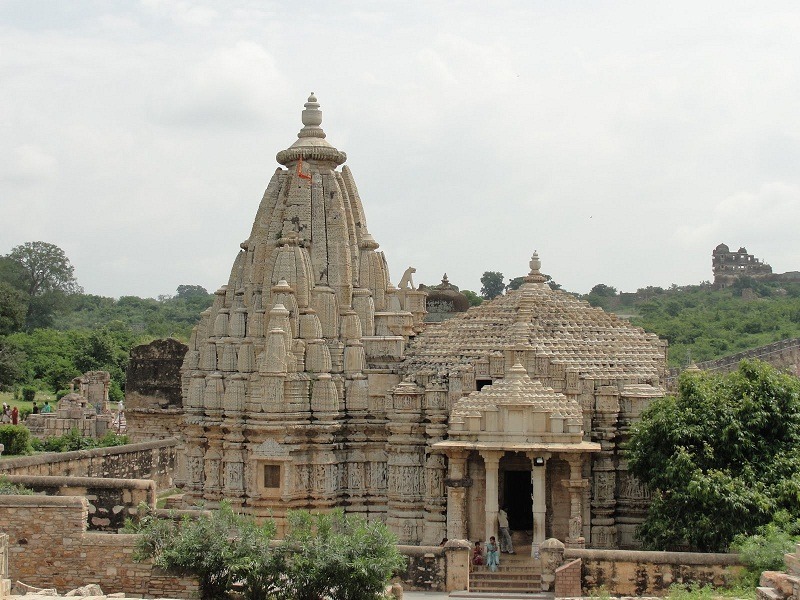 #6 of 9 Places to Visit in Chittorgarh

Kumbha Shyam Temple was built by Rana Kumbha in 1448 AD. The temple is dedicated to Varaha, an incarnation of Lord Vishnu. Though there is also a Kali Mata temple and Meerabai Temple in the same premise but the Kumbha Shyam temple is dominating in size. This temple is the place where Meera used to worship Lord Krishna, and the Bhakti movement originated at this place.

Meera Temple, situated in the same complex, was dedicated to bhakti poetess Meerabai. The temple was also constructed during the rule of Maharana Kumbha, the Rajput king. The temple was constructed in Rajput architectural style. The dome of the temple is embellished with a structure of 5 human bodies with a single head. The human bodies symbolize the four castes of the Hindu religion or the Varnas and the 5th caste of the Harijan. The single head symbolizes the faith in God, who can be equally realized by all. Above the chief sanctum rises the conical roof of the temple.

The sanctum sanctorum of the temple comprises the paintings of Lord Krishna. Paintings of Meerabai offering prayers to the Lord are also placed in the inner sanctum. The small chhatri found in the temple's forecourt is dedicated to the mentor of Meerabai, Swami Ravidas. He hailed from Varanasi and belonged to the Harijan caste.