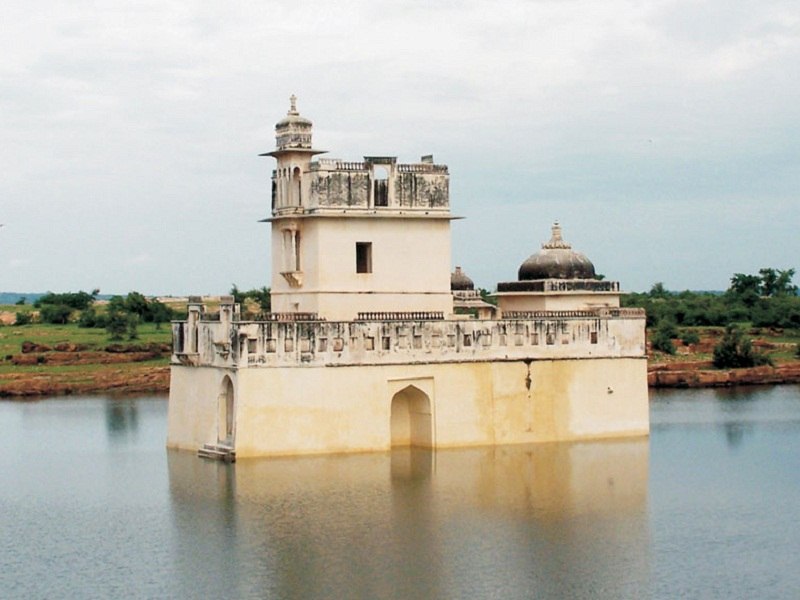 #8 of 9 Places to Visit in Chittorgarh

Place Location: At The Southern Part Of Chittorgarh Fort

Padmini Palace was once the palatial abode of the exquisitely beautiful Rajput queen, Rani Padmini, the wife of King Rawal Ratan Singh. Revered as an epitome of beauty, Rani Padmini was the daughter of a Sinhala ruler Gandharvasen and plays a crucial role in the history of the gallant Rajput warriors. This queen was mentioned in the epic poem of 'Padmavati', which had been composed during 1540 CE, by Malik Muhammad Jayasi.

It is a 3 storied white building that overlooks a pleasant lotus pool. The palace is adorned by the pavilions at the top and surrounded water moats. The architecture of this palace becomes the example for many other notable structures which were surrounded by the water. The bronze gates to this palace were carried off by Akbar and can now be seen in Agra Fort. Near Padmini's Palace is a small prison where captured invaders were kept; former prisoners include sultans of Malwa and of Gujarat.